Today the Supreme Court ruled in favor of the high school cheerleader who had been suspended for out-of-school speech.

Brandy Levy had made a Snapchat post after failing to make the varsity squad. So Saturday, from a convenience store, she posted a picture of herself flipping the bird captioned," Fuck school, fuck softball, fuck cheer, fuck everything." She was 14 and in a mood. And it was Snapchat, from which the post would disappear before school even opened on Monday. But somebody took a screenshot, and a cheerleading coach saw it, and Levy was suspended from the squad. 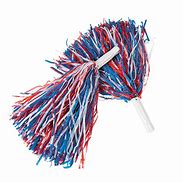 The wheels of justice have ground slowly on this one; Levy is now a college freshman. And the lower court upheld her suspension. But SCOTUS says, 8-1, that she was unjustly suspended from the squad.

What does this mean for teachers dealing with actual students in the fall?

It's not entirely clear. The court did not endorse a lower court decisions saying that the First Amendment guarantees free speech for students without consequences off campus. So, a narrow ruling on this case.

So schools remain adrift. The courts have long said that students don't lose their First Amendment rights at the schoolhouse door, but they have also recognized that schools' need to maintain a safe environment means that students can't have carte blanch.

My feelings are mixed. On the one hand, school administrators can sometimes get awfully caught up in a desire to hyper-regulate student speech (does your principal require the right to pre-approve everything in the school paper? then shame on them). At the same time, social media is a huge source of in-school trouble these days. It's where fights get started that spill over into the building. And cyber bullying can be way worse than the old fashioned kind of bullying.

Justice Breyer wrote the opinion, saying her post might have been offensive, but it didn't disrupt the school. "It might be tempting to dismiss B. L.’s words as unworthy of the robust 1st Amendment protections discussed herein. But sometimes it is necessary to protect the superfluous in order to preserve the necessary." The lone dissent came from Justice Thomas, who argued that some students, by virtue of visible leadership positions, can be held to higher standards.

So after watching this case carefully, we can conclude that schools don't know much more about the issue than they ever did before. Levy was represented by the ACLU.