Oh, the Marshmallow Experiment. Some scientists at Stanford thought they had discovered a link between the virtuous characteristics of self-control and deferred gratification and later success. Instead they just demonstrated once again that even fancy scientists can confuse correlation and causation. 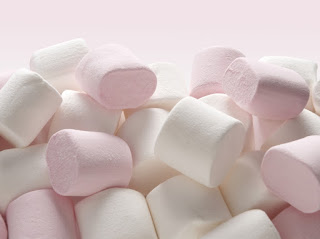 In case you slept in that day in Psych 101, here's the basic layout. Put a child and some marshmallows in a room together. Promise the child even more marshmallows if she'll refrain from eating the ones in front of her. Then leave the room. The child's subsequent behavior provides a measure of how much ability the child has to delay gratification. A follow up study released a couple of decades later said, "Look! The delayed gratification kids did well in life!"

Voila! A scientific support for the idea that some children just have a special virtue!
But that was back in the 1970s, and there has been more than enough time for other scientists to say, "Hey, wait a minute."
One such do-over we've looked at before. A 2012 experiment showed that the child's environment might be more important than any imagined childish virtues. Turns out there' a huge effect related to how well the child thinks they can trust your promise of more marshmallows later.
There is a later study that is also important. It cane out in 2018, but I missed it back then. Tyler Watts (NYU) had doubts, noting that the original study involved just 90 kids, all in the Stanford preschool. Not exactly a large or representative sample.
So Watts and colleagues restaged the experiment with 900 children who were taken from a broader slice of backgrounds, ethnicity, and parental education.
You will find the results completely non-shocking.
What correlates with the ability to wait for that extra marshmallow? Socio-economic background.
What correlates with better jobs and earnings later in life? Socio-economic background.
So once again--the ability to defer gratification is not some special character strength, some inborn virtue that students need to be infused with (either before or after their grit injection). It's just one more sign that growing up comfortably well off makes a difference. Glad we cleared that up.
Posted by Peter Greene at Monday, June 07, 2021