Another Version Of Choice

One of the slickest rhetorical tricks of the modern choice movement is to weld the idea of "choice" to the idea of privatization.

We've been sold the notion that providing students with a school choice must involved privately owned and operated providers, as if the only conceivable way to provide school choice is by opening the "market" to private operators. I have a hard time escaping the feeling that we did not get here by asking, "How can we best provide educational options for students" but rather got her by asking "How can we best use these issues to promote the free market policies that we want to implement."

If we start with the first of those questions, there are so many more options available. 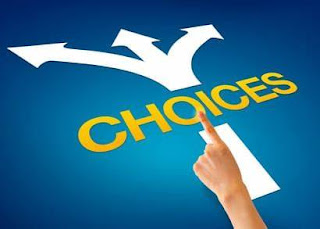 In fact, some are not new. Maine and Vermont have both had choice for decades; if your town doesn't have a school, then you can pick one somewhere else. My own small town high school offered plenty of choices, from CTE to college prep programs that sent students everywhere from community-ish college to ivy league schools.

It would be efficient to operate choice under the school district or state banner. Certain specials could be shared by the different schools. Most of all, students could change their minds without having to upend their entire lives, and families would have the security of knowing that whatever they choose, it would still be accountable for the rules and regulations governing all public schools. In Andrea Gabor's After the Education Wars, you can read about an early school-within-a-school approach that successfully made use of this approach.

Choice under a district and state umbrella could also be modified to provide the kind of choice that many advocates say they want--the chance for students from poor neighborhoods to attend the same kinds of schools that rich neighborhoods have. The system could allow students to cross district lines to exercise their choice. (Do I think that would be enough to fix our segregation problem? No, I don't. But current choice systems don't, either. Both public and choice systems are too responsive to the desires of folks who want to get their children away from Those Peoples' Children. We'll need to force the erasure of gerrymandered school district boundaries and perhaps bring back bussing.)

There would be challenges with such a system. Any choice system--including the ones we've got right now--carries a greater total cost, because choice requires excess capacity. If you have 100 students and 100 total seats, those students have a very limited choice. For maximum choice, every school that could be a choice needs 100 seats. Reality will land somewhere in between, but the answer should always be more than 100 total seats.

That costs more, but with current choice systems that excess cost is hidden by the funding methods, with charters and private schools supplementing their revenue with contributions, and public schools making up lost revenue with either increased taxes or reduced services. In a public school choice system, all the extra cost would be transparently passed on to the taxpayer, instead of hidden.

Choice advocates like to complain that public schools are one size fits all, yet within every public school building and district, there are folks with different ideas and philosophies, liberated in some districts and waiting to be liberated in others. And if legislatures can see the value of releasing charters and private schools from some rules and regulations, can't the same be done for public schools?

Charters were going to be great laboratories of educational experimentation, but after thirty years of experiments, charter schools have not produced a single new technique, a single new piece of educational insight. Mostly they have demonstrated that putting unsupervised amateurs in charge of schools is not a great idea (and if your educational bona fides are that you spent two years in a classroom on the back of five weeks of training, you're an amateur). And there are people who realy believe that an open market would foster quality and efficiency and, again, after thirty years, there's no evidence that this is true.

The idea of choice should, by its very nature, offer us a world of options, but in modern practice, it has only offered one--let privately owned and operated providers have a chance to get their hands on public tax dollars (and, in the process, breach the church-state wall so that taxpayers can fund religious education). There's no reason that this should be the only choice in choice.