Nevada is yet another state where folks are whipped into a frenzy about "Critical Race Theory," which they can't entirely identify and therefor consider to include , apparently, anything about equity, diversity, racism and US history. But the headline item is one particular proposal-- attaching body cameras to all teachers to make sure they aren't indoctrinating children.

Who's behind this really terrible idea?

“You guys have a serious problem with activist teachers pushing politics in the classroom, and there’s no place for it, especially for our fifth graders,” Karen England, Nevada Family Alliance executive director, told Washoe County School District trustees Tuesday.

So who is the Nevada Family Alliance?

That turns out to be a little unclear. 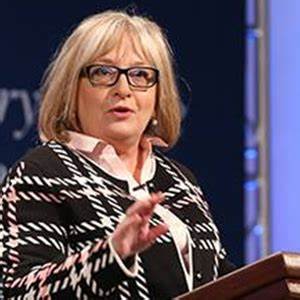 According to their Facebook page, they've been around since at least 2016. They joined Twitter in 2017. They have about 2,600 Facebook fans and 147 Twitter followers. They're generally referred to as a non-profit, but there doesn't appear to be a Form 990 on file with the IRS for them. The site offers no actual physical address.

Their website listed as nevadafamilyalliance.org, but that takes you straight to reclaimingourschools.com. The "what we do" for the site includes Monitor & Research, Educate, and Act (although act is a little fuzzy--"We mobilize our network to impact the culture in real-time." Their issues are education, anti-LGBTQ+, and the whole constellation of Christianiat culture war stuff.

NFA has no particular clear understanding of what CRT actually includes. Rather, it's just a signifier of the large progressive plot, a chance to, as NFA puts it, take the "racial justice" ball and run with it:

Why? Because progressive activists in education can’t pass up a golden opportunity to indoctrinate our nation’s impressionable children with the victim/oppressor worldview.

﻿ It’s as if they relish any chance to undermine parents’ efforts to rear children who are psychologically healthy, skilled in thinking critically, morally wise, and self-controlled.
And here they are, lumping it all together in just one paragraph:
Simply put, instruction in Critical Race Theory as presented in Black Lives Matter curriculum and The 1619 Project pushes American students down the road of hate. These poisonous classroom lessons immediately hook youth who are looking for meaning. The CRT revisionist telling of America’s history churns out angry activists who are eager to lead the effort to accomplish “social justice.” The twisting of true history causes students to feel unequal and undervalued, and then points them to the “oppressor” as a target.
NFA is particularly focused on Benchmark Advance textbooks being considered  by Washoe County schools. Says NFA's site, "Board President Dr. Angela Taylor has vehemently denied the Benchmark Advance curriculum contains ANY aspects of Critical Race Theory. Clearly, Dr. Taylor has not viewed the curriculum, or she does not know what Critical Race Theory is."