If you're a taxpayer in Pennsylvania, make some time to contact your Senator today. Two bills are reportedly being fast tracked, and both represent real threats to public education.
SB 1 is a long wonky slog to read through involving changes in the established school operation rules, but here are the concerning parts.
Under Section 7.1, we find Section 1717.1-A which establishes a Public Charter School Commission. The commission's purpose is "to act as an authorizer of high-quality public charter schools throughout this Commonwealth." 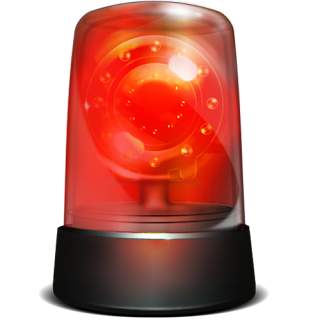 The commission will have 7 members, all politically appointed, and it will have the power to impose a charter school on any community, regardless of what the taxpayers of that community and their elected representatives have to say about it. Taxpayers will be forced to pay for charter schools they never asked for, about which they have no say, and which is not accountable to them.
The bill also cranks up the cap on Pennsylvania's tax credit system. That's the deal where wealthy folks or businesses can give money to private schools (via "scholarship organizations") as a substitute for paying taxes. These systems generally have a cap, because every contribution made creates a corresponding gap in state revenues. Currently the cap is $185 million; the bill proposes to up that to $300 million. And under the bill, if at least of 90% of those tax credits are used, the cap goes up by 25%. Per year. Which adds up to even huger amounts fairly quickly.
There are other odds and ends. A local school board must, when approving a charter, must make it good for at least three years. School districts, IUs and community colleges must provide testing space for cyberschools to do their Big Standardized Testing. And there are some bits that require charters to be a bit more transparent than has historically been the case.
SB 733 is a brand new bill with brand new language, and it wants to establish the "Education Opportunity Account Scholarship Program for Exceptional Students."  It's a retread of the same stuff we've seen before here and elsewhere, and it uses the standard tactic of aiming the ESA at students with special needs.
Like any ESA, the bill proposes to set up an account that the state loads with money and hands off to the parents, as in a debit card. Parents have to promise to use the funds for the usual list:  tuition and fees, textbooks, tutoring, buying some curriculum, cyberschool, testing, therapy, computer hardware and software. The  fun extra twist here-- money can also be put into a 529 account (savings for college), college tuition costs, or "fees for account management by private financial management firms." Left over money keeps rolling over until the student is 26.
A big issue with ESAs is always accountability. Are the parents using the money as they promised, or buying cosmetics? Are the providers actually qualified and capable, or just grifters cashing in? This bill calls for "random audits" of parents annually. As for schools, the bill holds them to some basic regulations and the BS Test, but also the not-unusual hands off clause-- "the department or any other State agency may not regulate the educational program of a participating school or education provider." A school can be barred from the program if they don't provide their contracted services, but there's no mechanism in the bill for determining if they are doing so.  And in the meantime, it's worth remembering that IDEA does not apply to private schools.
Estimates are that this bill could cost taxpayers several hundred million dollars. And you can be sure that the plan is to expand it.
Neither bill, it should be noted, says word one about Governor Wolf's stated objectives to stop grossly overpaying charter and cyber schools.
Both bills were put in committee last week and emerged for first consideration yesterday; Harrisburg observers think the bills could be up for a vote tomorrow. Update--as of week's end, the bil;s hadn't passed yet. There is still time to call your Senator.
Which means you need to hit the phones today. Contact your state senator and let him know that you oppose these bills. They're expensive, they draw money from local public schools, and reduce accountability and oversight for taxpayers. This is bad policy and bad bills.
Posted by Peter Greene at Tuesday, June 08, 2021