The ongoing debate about teaching about race and history is a reminder of one of the fundamental challenges of education in a free society-- we may want to reach hearts and minds, but we can't read them.

The twins just turned four, and we are at one of the magical stages of childhood-- the Lie Your Tiny Ass Off stage. It's not that they are morally or ethically impaired, exactly. It's just that they've learned that there are "correct" answers to certain questions. If I ask, "Did you wash your hands," they know that I'm looking for a "yes." So why not give me what I want? They just haven't quite grasped yet the value of making their words correspond to reality.

Most humans catch on soon enough, but that basic skill never leaves them. 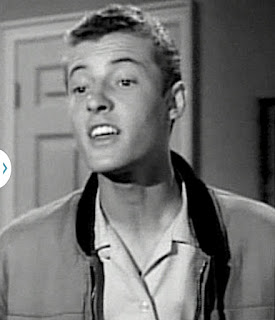 Most, if not all, teachers want to influence young hearts and minds, not just program some correct answers into young humans. But you can never be absolutely sure you've accomplished it. That's why when people start throwing up their hands and wailing about how teachers are indoctrinating children, teachers are thinking, "I just spent a month trying to convince students that Ralph Waldo Emerson isn't stupid, and I'm not sure it went all that well. I'm not sure I'm the one to convince them to reject all the values they've picked up at home."

In a classroom where one particular idea or value is clearly preferred, the learning most likely to occur is learning to give the "correct" answer in response to any prompt. The more clear you are on what answer is "correct," the less certain you can be that students actually believe what they are saying or writing.

My old school, like many, had a Prom Promise program in which students signed a pledge not to drink on Prom night; a signed pledge got them trinkets like free pens and an entry into a prize drawing. One of my students observed that it was mostly about making adults feel good because they'd received those promises, and students meanwhile felt no compunction about going back on the pledge they'd made in exchange for a cheap bribe.

It's not nefarious dishonesty; it's just giving grown-ups what they want. But if we're not careful, we unintentionally teach some lessons not about race or history, but about how the game is played.

All we have as a tool for assessing what is in hearts in minds are various forms of outward behavior, from picking a correct answer from four options on up to constructing a complex essay. This is one of the central tensions in a classroom-- a teacher trying to design a set of hoops to jump through that will separate those who have really learned from those who really haven't, and students trying to find the easiest way to navigate those hoops.

This is why openness matters in a classroom. If students learn in September that they will get slapped down quickly for saying the wrong thing, they'll stop trying to understand or absorb or grapple in any honest way with the material, and they will focus instead on the central problem of "what does the teacher want me to say." If a student can't say X in your classroom, you will never have a productive conversation about X.

This is also, I think, why teachers sense that engagement is important. The "what does the teacher want" question is skin deep; it keeps the whole subject at arms' length; real thinking actually gets in the way. Student engagement means more involvement of the hearts and minds that we're trying to reach, and that means it's just a bit easier to read the unreadable.

Insisting on one single simplified view of a topic in a classroom isn't just a barrier to critical thinking; it's also a guarantee that whatever effect you hope to have on those hearts and minds, you are getting in your own way. If you believe those smiling faces all telling you exactly what to hear, well, I know a couple of four year olds who would love to tell you about how they washed their hands.