Arizona has lost its damn mind, this week passing some of the stupidest, most aggressively anti-public ed laws anywhere, including an absolutely insane law requiring teachers to file lesson plans a year in advance. 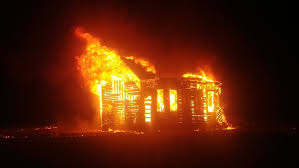 Arizona has always been a strong contender for most anti-public education state in the county. They've had trouble convincing teachers to work there for years (at one point they were recruiting in the Phillipines), using the one two punch of low salaries along with rock-bottom spending on classrooms (this is the state where the house GOP leader contended that teachers were just working second jobs so they could buy boats). In the meantime, they have done their best to foster charter profiteering and set up vouchers at the expense of public ed. Did I mention that Arizona is the Koch home base?

There was no reason to be surprised when Arizona's teachers rose up in revolt. Governor Ducey made noises about recognizing the problem, but he's been trying to slap teaches around ever since. Arizona legislators have come after teachers and public schools before, but this week is really something special.

This week Ducey issued an executive order requiring all schools to return o in-person learning by March 15, with exceptions only for the counties (there are three) with high transmission--there, the middle and high schools can stay remote. No other exceptions, no consideration for local concerns, issues, situations, etc.

But now for the legal highlights of the week.

SB1058 is the one I mentioned above. In this bill, every school (charters get hit with this foolishness, too) must, by July 1 of each year, post, where parents can see it, all lesson plans, materials, activities, textbooks, videos, online stuff. Parents in Arizona already have the right to review all materials, so nthis is just a next step. "It should be reasonably easy to access the information." This bill passed the Senate on Tuesday.

This is more than just an unnecessary burden on teachers. It's more than just a way to legislate bad teaching (if you already know what you're doing in class on a particular Tuesday five months from now, you are not doing a great job teaching). It also makes each teacher's lesson planning--their professional intellectual property--open to the public. Starting a charter school but you don't know a damn thing about teaching? Just log on and lift your curriculum, scope, sequence, plans, etc from any actual teacher.

SB1400 allows students to get a school credit for outside course, working at a job, playing in a non-school sports league, performing in a non-school music group. Which of course opens the door to schools simply eliminating arts and phys ed teachers; maybe ditch the STEM, too. Of course, this will be far more useful to rich kids who have access to all sorts of out-of-school resources.

SB1783 has been pitched as a tax break for small businesses, but the Arizona Center for Economic Progress is among the many critics who say otherwise:

The only people who would want to use the “alternative tax filing” method provided by this bill are rich or very high-income individuals who want to exclude the profits from their businesses, trusts and estates so they don’t have to pay their fair share in taxes to support Arizona’s public schools.
Previously, Arizona voters passed Proposition 208, which levied a surcharge against business super-profits to help fund education. Prop208 was unsuccessfully challenged in court, but this bill would let wealthy folks do an end run around it. The bill would gut school funding by something like $600m every year.
SB1108 is a pro-business bill that reduces the tax payments for businesses, meaning that either homeowners pick up the difference or schools just suffer another cut.
All of these have passed the Senate and are headed for the House. Meanwhile, in the house, we've got HB2840, which makes it legal to have a firearm on school grounds as long as it's not visible and in your car. That's only for 18 years and older, so "Bring Your Deadly Loaded Firearm To School Day" will be for seniors. Freshmen will have to wait their turn.
Honestly, the loopy lesson plan law would be enough to convince me to get out of an Arizona classroom, but all of this is part of a pattern of attempted gutting of public education. Arizona is also one of several states where the GOP is working on how to manage minority rule, to still stay in power and keep democracy from getting in the way.
All of this comes on the heels of a massive voucher expansion in Arizona, worth noting because it was one more example of the state's GOP working in direct defiance of Arizona voters, who decisively rejected voucher expansion just two years ago.
It's an ugly frustrating mess. What exactly is your next move if you're in a state where the reaction to "If you keep this up, you'll destroy public schools" is "Good."Jeb Bush is a big fan of Arizona's work, mostly because it so closely follows his own playbook in Florida. It all points to an ugly future in which the wealthy can buy the education they want and not have to pay taxes to educate Those People's Children.

Posted by Peter Greene at Friday, March 05, 2021
Email ThisBlogThis!Share to TwitterShare to FacebookShare to Pinterest