The Chester Upland School District frequently gets the adjective "embattled" in front of its name, and it has earned that name by suffering every hardship ever inflicted on a school district. Most recently, it has been the target of a plan to chop the district up and sell the parts off to various charter school operators.

But suddenly, this week, new issues. The story was first picked up by the Delco Times, and in that version, the FBI has descended upon the southwestern PA district. Yesterday the Philadelphia Inquirer's Maddie Hanna and Vinny Valla covered the story as well, and the narrative is morphing. In their version, the FBI makes no apearance and this is just an inquiry by the county DA. 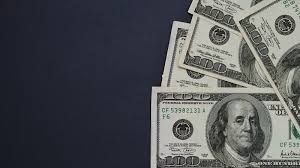 But central to all versions of the story are "millions" of missing dollars.

Juan Baughn is the state's current receiver (the district has had several at this point) who moved directly to that job from the superintendent's position in the district. His explanation is, well...

Juan Baughn, the receiver overseeing the school district, said it contacted law enforcement after it didn’t receive “millions” of dollars in a subsidy payment due last week from the Pennsylvania Department of Education.

“Our system, between us and Harrisburg, somehow was hacked,” Baughn said Thursday. “It’s a cyber issue.”
This is an extraordinary story, and it raises many questions. Can one really "intercept" a cyber-transfer of money, like catching a migrating sparrow in a net? And if someone has that capability, would one use it to steal from the state and a local school district? And, okay, maybe there's a unique vulnerability between the PDE and schools, but if you were going to steal from a school district, why steal from one of the poorer districts in the state? Why not steal from the very wealthy districts right next door?
And then there's this weirdly non-specific explanation from Baughn:
Baughn didn’t specify how much money the district believed had gone missing — “I’ve heard so many numbers that I don’t want to give a number” — but said it was “in the millions.”
But there has to be a number. You know how much the PDE thought they were sending. You either got all of it, some of it, or none of it. How can this be a mystery? The Inquirer says that the district solicitor reported the crime to the DA--what did thy report? "We seem to have been ripped off for some amount of money"? And then a few paragraphs later, Baughn offers that the idea that the paymebnt was hacked is his "suspicion." Based on what, exactly?
The PDE also, mysteriously, had nothing to add except they can't comment and "this matter does not any compromise of PDE systems of data." So whatever hacking may have occurred, it did not occur on their end.
I asked a person close to the district how this was playing on the ground. Does anybody believe this. They said nobody buys this story.
According to the Inquirer, the district has asked for an advance of funding from the state so that it can pay the bills, which will have a familiar ring to CUSD teachers who have foregone pay twice before in the last decade.
So, to sum up, some amount of money is missing, spirited away somehow. The FBI may or may not be involved, and the district may or may not have been hacked. Stay tuned, because it appears that we still have some facts to sort out.
Posted by Peter Greene at Friday, March 05, 2021