As testocrats continue their full court press to back up the Biden  edict that 2021 Big Standardized Tests must occur, it's worth remembering that we have been doing this for twenty-ish years. 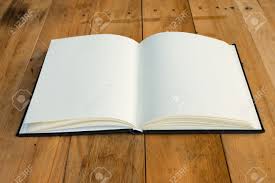 For instance, instead of arguing that the BS Tests are a necessary tool for addressing pandemic-exacerbated inequity, testocrats ought to be telling the story of how BS Test data has helped erase inequity in the past.

We should be hearing the story of East Egg High School where, armed with BS Test data, the school closed the achievement gap. "We crunched that data," says Principal Hiram Pothetical, "and within just a few years, our achievement gap and equity issues had disappeared."

Or maybe the "we need tests to target resources" crowd could be telling us the stories of schools across the country where, armed with BS Test data, state legislatures raced resources and support to those schools that looked as if they were in trouble, and within a few years, the school was totally recreated as a high-achieving model. Hell, even in states where "target for resources" actually turned out to mean "targeted for resources and take-over by privatizers," there are no success stories to point at. (Spoiler alert: "By creaming the better students, we were able to create a school with better test results" is not a success story.)

Nor have we heard the story of the teachers who depend on the BS Test results to figure out how their students are doing. As NEA and AFT argue against 2021 testing, we aren't hearing the story of how member teachers are hollering, "The hell you say. We need those tests!" (And if you think the rank and file aren't capable of that kind of uproar, I'll refer you back to the huge pushback on union leader support for Common Core and the push to oppose Arne Duncan). But in fact, the one thing that the many voices pushing for 2021 testing have in common is that they are almost exclusively not teachers.

Not even the story of how a generation raised with omnitesting went and pushed the NAEP scores right through the roof.

These stories aren't told for the same reason you can't go to the circus and see yetis riding on unicorns while playing bagpipes built out of skittles. Test-centric score-driven education has had decades to show the wonders it could accomplish. Back in the earlier days, the excuse was "states aren't doing it right" and "we have fifty different testing systems." But NCLB and RttT were supposed to fix all that. And yet, testocrats still have no signature successes to point to. Test-driven education has been tested, and it has failed. Not only has it failed, but it has turned out to be hugely expensive, financially, educationally, and psychologically.

We don't need the tests this year, and part of the proof lies in all the great test success stories that after all this time are still not being told.

Posted by Peter Greene at Wednesday, March 10, 2021
Email ThisBlogThis!Share to TwitterShare to FacebookShare to Pinterest