We revisit Arizona from time to time because it has been quietly throwing its hat into the ring with Florida and North Carolina to compete for the title "Worst State for Education in the US." To quote from previous pieces:

Arizona has been at this for a while. Bill McCallum, co-author of the Common Core math standards, was a professor at the University of Arizona. When the Core turned out to be conservative kryptonite, Diane Douglass ran as a Core destroyer and then, once she won, promptly slapped a thin layer of lipstick on that pig. 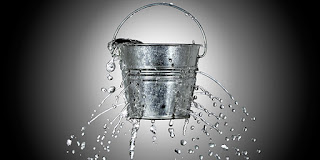 Meanwhile, Arizona has wrestled with a teacher shortage, but not to the point of, say, fixing their basement level pay. Wrestling has been more about things like recruiting teachers from the Philipines. Oh, and Arizona also sits at the back of the pack for per-pupil spending. Meanwhile, Arizona is the home of the legislator who said that teachers are probably working two jobs because they want a fancy boat.  And that's before we get to such atmosphere boosters like considering a teacher gag law and a ban on Mexican-American studies in school. Fun fact: Arizona spends less per student on education than pretty much anyone-- including, reportedly, Puerto Rico.

It should come as no surprise that Arizona has something like 1,300 teacher spots to fill.

Lord knows, they've tried many things. I mean, not raising teacher pay or improving teaching conditions or providing more resources for public schools-- that would be crazy talk. Besides, spending more money on public education would mean less money to be gobbled up by the many profiteers cashing in on the charter business. Fun fact: Arizona's legislature has cut $1 billion from K-12 education since 2009.

Arizona has somewhere around 49,000 teaching spots in all. Just under 2,500 of those are filled with Gov. Ducey's super-duper "Anyone Can Teach" program because of course the problem must be that becoming a teacher is too hard.

Arizona is the perfect example of the Fake Teacher Shortage that we all keep talking about. In fact, reports put the number of certified teachers in the state at around 95,000-- far more than the number of spots the state needs to fill. In other words, there was never a need for an alternative teacher certification path or to recruit in the Phillipines. Arizona does not have a teacher shortage-- what Arizona has is a shortage of people willing to work as teachers for low pay, with no support, in schools without sufficient resources. Fun fact: a Costco worker will make $12,000 more in a year than the average Arizona teacher.

To underline this, here comes reports from early in this school year that over 500 teachers had quit by the fourth week of school. AZ Central quotes one of the departees:

"I'm a hard worker with a successful track record of 30+ years of engineering, manufacturing and science research.  I've had stressful assignments at remote locations, deadlines, stopped manufacturing lines, teams to lead that I never before met.  I knew and was prepared to work hard at my newly-chosen profession.  But before TUSD, I never had a job that made me break down in tears."

Arizona has studied its problem more than once. The most recent report came out in April, and it has some fun facts of its own:

The main reasons teachers are leaving? Retirement, disillusionment, low pay, and feeling a lack of support.

Governor Ducey has now launched a tuition-waiver plan-- teach for four years in an Arizona public school and get your college education paid for. The "teacher academy" program will be piloted with 236 students.

It's not a terrible idea, but it also doesn't address any of Arizona's real problems-- all of which are self-inflicted. If you are having trouble filling up your water bucket, you might want to look at all the holes you've punched in the bottom of the bucket before you start concentrating on new ways to pour water into it.


Posted by Peter Greene at Wednesday, September 27, 2017
Email ThisBlogThis!Share to TwitterShare to FacebookShare to Pinterest