AZ: What Teacher Layoffs Look Like In An Anti-Teacher State

Carie Caruso conferenced with her supervisor and was told she was a highly effective teacher. The next day, in an online meeting, she was told that she was out of a job. 47 other teachers were part of that meeting.

Angela Philpot had 23 years of experience, but this week she was one of the 150 teachers laid off by Gilbert Public Schools in a surprise meeting with a principal who read a scripted statement from the district. No comments or questions were allowed. Philpot is an Arizona Education Association officer. 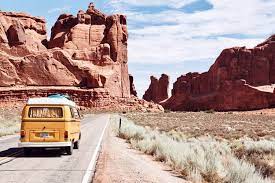 Arizona public schools have seen a big drop in enrollment this year. The Arizona School Boards Association says that 40,000 children became "ghost students"-- they just didn't show up,. and nobody knows where they were. About half of the drop in enrollment are kindergarten and first grade students. Charter schools have seen a slight growth (about 18,000), but not enough to account for all the public school losses.

And so, in an attempt to "right-size" budgets, school districts are chopping staff.

A decade or so ago, Arizona's legislature decreed that these sorts of layoffs could not consider seniority or tenure. So how are these decisions made? With evaluation rubrics like this one:

Some of the items here make a bit of sense, like unprofessional or inappropriate communications, though there's no rubric offered on how one determines if a communication falls into those categories. Some are an Arizona-specific dirty trick; because Arizona is such a teacher desert, they hire huge numbers of teachers who are not really certified for what they're teaching, so rating them low because they don't have the right certificate is a low blow. And there's the usual noble teacher baloney-- note that a highly effective teacher donates time before and after school. At least they stop short of "effective teacher avoids having children of her own so she has more time and attention for her students."

And then there's "promoting the campus culture," where a teacher can be low-rated for posting on social media about bad things done by district leadership, or simply "discusses district school decisions/concerns publicly."

Gilbert district principals and the Office of Talent Management (seriously, who proposes these titles with a straight face) both claim that they had no idea that when they rated teachers that they would actually be ending teacher employment by the district.

Was any of this even necessary? The ghost students are likely to reappear, particular those little who are most likely at home because Covid. And many folks have pointed out that the state actually has a billion dollar rainy day fund (and if the pandemic isn't a rainy day, what the heck is) as well as a big stack of federal stimulus money.

But Arizona's legislature and governor have been busy telling Arizona public school teachers to just go away, so assistance from those quarters seems unlikely. In the meantime, teachers who want to keep their jobs can check their local district's layoff rubric and make sure to say only happy things about their bosses, because in a state without seniority or tenure, teachers who want to keep their jobs must give up their other rights.