Is Your Charter School A Public School?

It seems to be one of the eternal questions (well, sort of a question) of the education debates-- aren't charter schools public schools? So for those folks who are still a little fuzzy on this, let me offer a handy set of questions to help you decide. Here are the signs of a public school.

Is the school and its resources owned by the public?

Who owns the building? If the school closed tomorrow, who would take possession of the building, the desks, the chairs, the books, the music stands, etc etc etc. If the physical resources of the building are owned by the public, it's probably a public school. 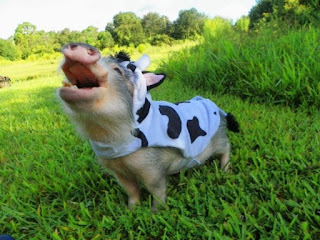 Does the school accept all students?

Usually when discussing this point, we get all caught up in the ways that charter schools market, cream, council out, don't offer specialized programs, and set up enrollment hoops that allow them to decide which students they will and will not take. But let's simplify this issue. Does the school accept all students? All. If they have a lottery to award seats to a select few, the answer is no, they are not a public school. No public school district gets to say, ever, "I'm sorry, we only have enough seats for fifty of you, so we'll have a lottery, and the people who don't get a seat in the lottery, well, you'll be on your own. Not our problem."

Is the school run by local elected officials?

When we get to the very top level of management, do we find a board of local people elected by local taxpayers? If so, it's probably a public school. We're in a fuzzy grey area in districts under mayoral control, but not at all fuzzy when discussing upper management that is not elected by anybody at all.

Did those local officials open the school?

Who decided this school should exist, and that local taxpayers should pay for it? If that decision was made by a board of local citizens elected by local taxpayers, it's probably a public school.

Are those local official required by law to meet only ever in public?

Can the board of local citizens elected by the local taxpayers meet in secret? Or must their meetings be announced and in public, with exceptions only for times when the group must adjourn for privacy regarding, say, personnel or student issues? Public school boards don't get to meet unannounced, privately.

Are all financial records available upon request, and subject to state audit?

If you've gone to court to block the state from auditing your school financial records, you are not a public school. It's simple, really-- you're spending taxpayer money, and the taxpayers are entitled to an accounting of it. Any taxpayer should be able to access your financials. The state should audit you regularly.

Does the school operate under the same rules laid out by the state in its public school code?

This varies tremendously from state to state, but the principle remains. Do your students, your staff, your families all enjoy the same rights and protections provided to folks in public schools? Does your school operate by the same rules that have always been on the books, or does it enjoy a bunch of special exceptions?

Finally, here is a question that has absolutely no bearing on whether or not your charter is a public school-- is the school funded with public taxpayer dollars?

The answer to this question tells us nothing. In voucher states like Indiana and Florida, public tax dollars are used to fund religious schools, and yet none of them would claim to be a "public school." Public tax dollars delivered by way of food stamps and rent support do not turn supermarkets and apartment complexes into public facilities. The mere presence of a public tax dollar does not turn a private business into a public institution.

If your school answers "no," to the above questions, it is not a public school. That does not automatically mean that it is evil, destructive and a pox on your community. But it is not a public school. It is absolutely true that, under certain circumstances, charter schools could be public schools. But modern charters, as currently operated, aren't public schools. The word "public" has been used as a fig leaf, a bit of window dressing by some folks who want to mask privatization while giving certain charters an association with qualities they do not actually possess. But it does not matter how many times I call my pig a cow; when the butchering is all done, I'm going to be eating pork.