If you want to be a tech giant, you can try to grow organically within your company, or you can just look for companies that are already doing what you want to do, and buy them. Some are better than the strategy than others-- Facebook absorbed Instagram well enough, but Google seems to kill everything it touches. 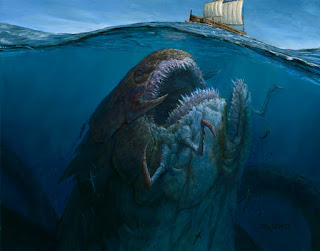 Back in the day, PowerSchool was a simple little program for taking care of classroom clerical work. Of the e-gradebooks I was forced to use in my career, it was the last and the most usable. Not everyone loves it (though I suspect in some cases it's the local district IT department's choice of options that deserves the blame), and while I'm no technophobe, I never stopped using a paper gradebook and copying it into PowerSchool.

Pearson bought it. Then Pearson sold it to a private investment firm, which is not always good news. But on the user end, we didn't notice much difference.

That was about four years ago, and PowerSchool has developed Aspirations. Now they have finalized the purchase of Schoology, a learning management system that boasts a presence in over 60,000 schools. I have no idea if they're any good or not, though their website does boast one of my favorite Ambiguous Endorsements-- "We put Schoology in front of our teachers and their mouths dropped."

This is the ninth acquisition for PowerSchool since 2015. The goal is a "Unified Classroom" suite, and as described in EdSurge, it's not good news. The goal is "toconnect assessment, enrollment, gradebook, professional learning and special education data services to its flagship student information system, which already houses a variety of data including attendance, discipline, health, roster and schedules."

Nor does CEO Hardeep Gulati's description of the goal of a unified data ecosystem sound any better:

“Having all the information together in one place,” says Gulati, “offers educators a better way to create a personalized learning experience in PowerSchool.” He adds: “Schools should have one seamless way to travel between their student information system, learning management systems and assessment tools through common data sharing experiences and capabilities.”

There are many reasons not to be excited here. The most obvious is the huge potential for data mining. In a state like Florida that has committed to establishing a full-on surveillance state for students, a program like this would be just what the doctor ordered to better keep its creepy eyes on every student. I expect that one side effect of all this disruptive innovation will be a new sales pitch for pricy private schools-- "Send your child to our swanky private school where we won't keep 24/7 digital records of her every move."

It's also worth remembering that all of this digitized data will be in the hands of a company owned by private investment firms. Data, particularly massive data kept on a whole new generation from childhood, is the new oil. Try to imagine a corporate boardroom where they look at this vast reserve of valuable data they have their hands on, and they just say, "Yes, we could get rich by monetizing this asset, but it would be wrong, so we won't." And even if the current owners managed to hang onto their scruples, what about the guys who eventually buy them out.

Beyond the big global ethical privacy and data concerns, there's one other to keep in mind-- the bigger a learning management system gets, the less use it is to a classroom teacher.

I was a Moodle guy; it was a hugely useful tool for me, with features I really liked and other features I could ignore and a very responsive support system that let me ask for what I wanted. No LMS I ever encountered made me happier as a classroom teacher. The problem--well, part of the problem-- is that when you add a "feature" to an LMS, you are adding a "way this particular function has to be done.": An LMS is particularly helpful when it lets you do something you couldn't otherwise do at all; Moodle let me run online threaded class discussion, a new way to extend student discussion. It was something that I couldn't already do.

But when an LMS moves into areas such as giving tests and record keeping, it is now telling me how to do things that I already do. Feature creep keeps going, and pretty soon the teacher is locked into whole methods of test giving, test grading, record-keeping etc etc etc. There is tell-tale language that often crops up. Schoology, for instance, talks about how great it is for administrators. And I'm sure, in terms of uniform record keeping and accessing and spread sheeting, it's lovely (particularly if you are an administrator who dreams of management by screen. But one size fits all LMS is not great for classroom teachers, Particularly--and this is another part of the problem--if the LMS was designed by computer guys and not actual teachers. And no, you don't get credit for using one or two teachers as consultants, because teachers are different. My management system in my classroom would have given some of my colleagues fits.

So it is not good news that PowerSchool is working on micromanagement and data mining in order to make things easier for the bosses. Big brother just keeps getting bigger, but mostly what that does is make a world in which the people who actually do the work just look smaller and smaller.
Posted by Peter Greene at Saturday, November 30, 2019