PA: Vouchers Are One Step Closer To Ugly Reality

HB 1800, the bill intended to pilot vouchers in Pennsylvania, made it out of committee today. The vote was 13-12, with two GOP representatives (Rosemary Brown and Meghan Schroeder) voting no.

The precipitating excuse for this bill is the school system of Harrisburg, a system that has suffered from financial mismanagement and so was put in financial receivership, a sort of state takeover, last June. By August, House Speaker Mike Turzai was chomping at the bit, because after all, the state had had almost two whole months to turn things around.

Turzai is a Betsy DeVos fanboy with a long-standing dislike for public education, so Harrisburg's vulnerability must strike him as a great chance to once again try to sell vouchers to a GOP-dominated legislature that has already grabbed onto plenty of choice-flavored assaults on public ed. 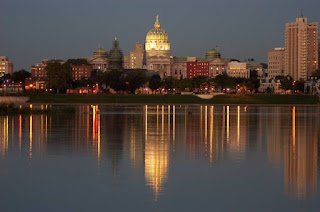 The foot in the door is the classic voucher approach. It's generally "these will just be for the poor families" or "just for those trapped in a failing school." Turzai has always been a fan of the "We spent all this money on these schools and where are the shiny test scores?" line of reasoning, and Harrisburg schools don't have a lot of friends or political support right now, so they must look like a great chance to start the voucher train rolling in PA.

The bill is ugly. The state-appointed receiver is directed to offer vouchers, without caps and without oversight. Also, the districts have to provide transportation. Half of the voucher amount ($8,200) would come out of local money and half from the state subsidy. And the bill expressly forbids the state from forcing anyone to accept these vouchers-- so private schools can pick and choose which students they want to accept.

It's also worth remembering that where they have been implemented, vouchers tend to pump lots of public tax money into private religious schools.

In other words, this bill will literally require taxpayers to send their tax dollars to schools that may refuse to accept those taxpayer's children.

Turzai is floating the bullshit claim that this will somehow have a financial benefit to the district. It won't. It will drain millions of dollars from a struggling district, allowing only certain select students to move to voucher schools, without any oversight to let the taxpayers know how those dollars were spent. Plus that whole separation of church and state thing.

This bill is bad, bad news. It's another assault on public education, and honestly I don't know why conservatives aren't bothered by the whole "We're just going to send taxpayer money whereever and you don't get to ask any questions about what happened to it ever."

But the thing is out of comittee, which means it will be up for general vote at some point. So if you're in PA, now's a good time to get ahold of your legislator and ask them in forceful terms to vote "no" on this damned thing.