If you remember the film classic Aliens (a film classic that James Cameron made way before he decided to remake Ferngully for a gazillion dollars), you remember his nightmare vision of soldiering in the not-too-distant future. Lt. Gorman is the "leader" who expects to manage his troops from a mobile office loaded with screens that are in turn loaded with data. It is an effective narrative shorthand for leadership that is detached, impersonal, and ultimately fatally ineffective. And in 1986, it was an convincing portrayal of how things could go wrong.

Not so much in the military, perhaps, but Management By Screen is alive and well in the private sector.

My brother has worked in the manufacturing world most of his adult life, and he tells me hair-curling tales of the things going on out there. The hot, new, with-it manager is a data god. He is sure to live at least forty miles away from the location of the plant, because you can't make the necessary hard-nosed brutal decisions you need to make if you're personally familiar with the people and community that will be affected.

And this data god's management style looks kind of like this 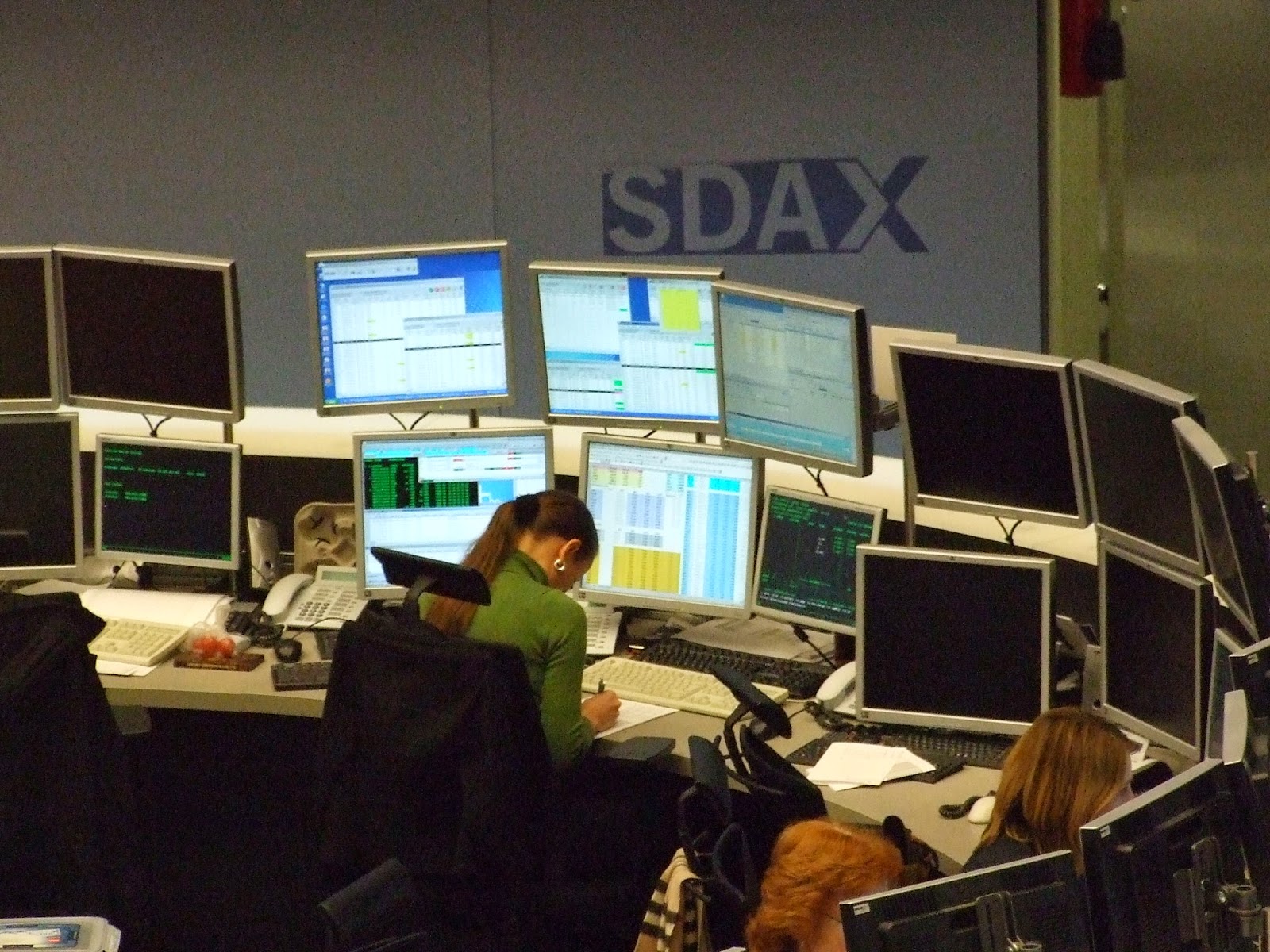 Yes, you should be able to manage a facility from your desk. Just make sure you're collecting the necessary data.

The photo is from an investment firm, which helped me connect some dots. We know that lots of economists think they know how to re-organize schools. Is it any wonder that they envision a world in which data is king, and collecting and managing data is the main function of educational leaders? That's the world they know. Talking to live humans is just a distraction. It's all just data. Just manage the data.

Management By Screen has certainly been successful in some settings. Wal-Mart has managed to dominate its sector by superior interconnection of data-- the cash registers and store inventory counters and warehouse inventory and supplier and manufacturers are all linked in one big web of tightly wound, stuff-providing data. When the checker swipes your widget at the cash register, data flows all the way up the line to the widget factory. And it can all be managed by screen in an office somewhere.

That, of course, is the model that some imagine as an educational paradise. If we can somehow turn every student activity into data generation, and the collect all that data, and then use that data to tweak the data-generating activities, like adjusting the speed on a assembly-line unit or the temperature on a baking unit or the response time on supplier response-- well, that wold just be schooling heaven. We would be able to scale up, plug hundreds--thousands!-- of data generation units students into the system, and just watch those outputs and throughputs reach optimal state on the screen, eventually connecting all of it to employers and health care providers and everything would eventually be connected in the great chain of life and death and supply and labor, without us having to interact directly with any of them.

And while you may think I have phrased that in such a way as to highlight its awfulness, you should realize that there are people who would read that paragraph and not see a single thing wrong with it.

Do not ask them to explain how any of this would help. For them, it is self-evidently great to have people all plugged into a system that removes human variables and which can be run through the beautiful, elegant screen. Of course this is a terrible way to work with humans, but in some corporate settings, that just doesn't matter. But the goal of schooling is to make a better life for the human beings who pass through the schools. This does not matter to the screen management people. Their goal is not to make life better for the students. Their goal is to make the system better.

They are the bombadiers of education, flipping a switch, watching the sights line up elegantly, and existing in a small quiet space far away from the actual carnage and destruction. Flesh and blood are messy and difficult. But everything looks better on a screen.
Posted by Peter Greene at Sunday, October 19, 2014
Email ThisBlogThis!Share to TwitterShare to FacebookShare to Pinterest