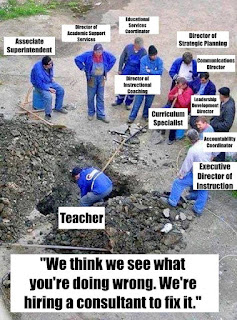 So many bad choices lined up in a row. Here's hoping that WestEd can talk $5.2 million worth of sense to the Colorado legislature.
Posted by Peter Greene at Friday, November 29, 2019
Email ThisBlogThis!Share to TwitterShare to FacebookShare to Pinterest