Will Education Suffer (Again) In 2020

I have about as much desire to start working on the 2020 Presidential election as I have to jab pointy sticks covered with habanera sauce into my soft fleshy parts. But I am beginning to suspect that we have little choice.

You can see the problem by looking at the early "favorites" for the Dems. 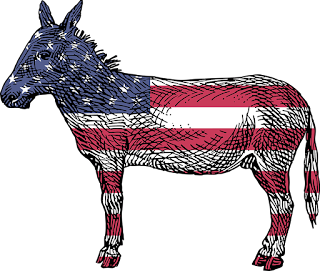 Consider, for instance, Cory Booker. Booker is charismatic and s already working on his ground game. And he is squarely located in the corporate wing of the Democratic Party. I could pull up a c purple dozen progressive critiques of Booker, but in many ways this piece from the hard right captures the problem pretty clearly. The writer was really upset that Booker was taking a stand against Betsy DeVos as secretary of education because previously Booker had been a huge fan of hers.

Here he is back in 2013, standing before DeVos's organization, the American Federation for Children, forcefully arguing for his pro-school choice credentials.

Just a youthful error, and maybe he has since evolved? Here he is delivering the 2016 keynote address for AFC, praising them and encouraging them to keep doing their great work.

Or there's Beto O'Rourke, who is unlikely to happen in 2020, but whose shimmering star is also instructive. He did campaign against some aspects of education reform, but as the 74 points out, his wife operates a charter school and has been an active advocate for expanding choice in Texas. And as many people who aren't progressive Democrats have noted, his voting record is more conservative than the average Texas Democrat.

The DeVos brand has now become so closely associated with the toxic Trump Presidency, it's easy to lose sight of the broad support she has received for years. Sure, she ended up as Trump's ed secretary, but there were plenty of candidates who would have been happy to point her, including-- at least in the early stages of the campaign-- Hillary Clinton.

By being so spectacularly awful, Trump can potentially create a big problem for education voters in 2020. Let's put it this way-- would you be willing to let Trump have another term because the Democratic candidate doesn't denounce charter schools forcefully enough? I'm pretty sure I won't be. And that, combined with the number of Democrats who are still in the reformy choice camp, is our problem.

"You can't win this election unless you support public education" is not going to be a credible threat. So what do we do? Well, I'm not a trained political strategist, but I have some thoughts, and one of them is that we need to have this conversation sooner rather than later. Here, in no particular order, are some thoughts.

Raise the strategic costs. Chances are that Democratic candidates are going to want to use the pool Trump ceded them by his awfulness. There will be a strategy session about running mostly as a Democrat, but throwing in some more conservative positions to woo GOP v voters who are unhappy with Trump, but reluctant to vote Dem. We need to advocate hard for choice/charter policies NOT to be one of those bones that the Democrats throw to sad Republicans.

Union strength. The NEA and AFT had been on the wrong side of so many reform issues until it was too late, and they made some seriously stupid calls for the 2016 election. It would be really nice if they could avoid a repeat of those botches. We know the way that happens. The unions refused to scold Arne Duncan until membership finally forced them to. The unions were very vocal in their support of Common Core until membership pushback muted that support.

Educate the politicians. The real position of politicians when it comes to public education is "I have no idea." They know what their aids tell them, and their aids know what advocates tell them, and the majority of advocates are in the choice-privatize camp. And politicians are trying to play catch-up on the issue. Education in the not too distant past was still a "safe" issue like apple pie and kissing babies, and many politicians are still trying to catch up to the new reality that education is now a complicated debate that requires you to Know Things and Take Actual Positions. But politicians can learn; Clinton thought espousing choice was a slam dunk (heck, lots of corporate donors told her so) but after moments like being booed by NEA members, she learned to identify some of the problems well enough to panic her pro-choice donors. In short, politicians can be educated about some of the problems with charters, choice, vouchers, and other reformy ideas. And really, we should already be doing this, all the time.

Vote in 2019. Off-off year elections matter. Because they are exclusively local, they happen close to the ground. They send a message about what the grass roots are thinking, so get out there and vote for school board member, county dog catchers, and city councilpersons.

2020 presents us with some real troublesome possibilities. We could end up with a better President and a worse secretary of education. DeVos has been truly awful so far, from favoring the rights of money-makers over anyone else, and going after civil rights with a hatchet. But as much as she loves choice and vouchers, her belief in federal hands off has kept her from dismantling public education as aggressively as someone else might. Imagine She Who Will Not Be Named, former DC chancellor, making a comeback as USED secretary-- and she is nominally a Democrat.

2020 may end our nation's current mess (or it may not), but it seems unlikely that it will bring relief for public education. The minimum preparation we need to do is getting over the fantasy that some Democratic savior will sweep in and make things right. We will need more than the fantasy. We can certainly offer thoughts and prayers, but as always, backing them up with real action would be even better.

[Update: If you want to be really alarmed about Cory Booker, read this piece from earlier in his career.]