Man, just thirty little words can cause sooooo much fuss.

Reformsters Robert Pondiscio and Richard Whitmire also made attempts to raise some dudgeon high over Clinton's thirty-word assault, and while I think they're wrong, they at least showed a little rhetorical and intellectual rigor. Not so some of the other defenders of the charter cause.

The Washington Post editorial board scolded her by citing bogus data from a report written by the Center for Education Reform, a group that exists strictly to push charter schools and crush teacher unions. That's high order journalistic sloppiness, like turning to the Tobacco Institute for your "facts" about smoking. The Wall Street Journal also rushed to the defense of the hedge fundies who profit from charter schools, citing more fact-free facts.

But nobody has leaned on the Panic Button with hands any heavier than Juan Williams today on The Hill. Williams is a Fox News "Analyst," a position he moved into after being fired by NPR for either A) some impolitic remarks about Muslims on planes or B) because he was buddying up to Fox. Take your pick of explanations. 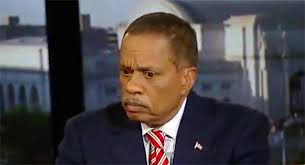 All the features of the High State of Charter Dismay are here in this piece.

It starts with the headline (which, it should be noted, is probably not Williams' call)-- "Hillary betrays charter schools." Betrays?? As in double-crosses? Did they have some claim to her? Are they offended because they thought Clinton was their BFF, or because their ethical standards say that when a politician is bought, she should stay bought?

Next, Williams opens by invoking children:

My 5-year-old grandson goes to a big city charter school. But Eli and his classmates do not belong to a union. They do not give money to politicians. They can’t vote.

That is unquestionably true of Eli and his classmates. It is probably not true of the people who own and operate Eli's school. I bet those people have plenty of money to give to politicians.

Williams throws in the word "flip-flop." He calls her thirty word backstab an act of "political expediency." He accuses her of running over Eli. He says her words sound like a script written by the teachers union (to whom? and what exactly is that sound?) And then he starts in with some of the same old non-fact facts.

Yeah, no. The very act of a lottery is a creaming process, as it automatically selects out those parents who are able to navigate the lottery system and are willing to do so. When charters start taking randomly selected students from the public school system-- including students who didn't even express interest in attending a charter-- then you'll have a point. And the widespread evidence of push-outs, as exemplified by Success Academy's got-to-go list, is one more example of how charters make sure they are working with a select group of students-- unlike public schools.

Williams says he has talked to parents who see charters as "a great stride towards improving public education by providing competition and pioneering teaching techniques that offer a model for all schools." And yet, charters have done none of those things. Name one educational technique, one pedagogical breakthrough that has come from a charter.

Williams quotes the Washington Post quoting the Center for Education Reform in saying that charters take on a higher percentage of poor and minority students than public schools. No, that's not true, either, unless I suppose you are comparing charter schools to all the public schools in the country, including all the public schools that serve very white communities. But if we start looking city by city, we find things like the charter schools of Massachusetts that serve no non-English speaking students at all. Or you can check out some of the legitimate actual research done in New Jersey about exactly what populations charters serve. Or you can just keep reading copy from the ad fliers put out by the Center for Education Reform.

It takes an extraordinary amount of laziness not to locate the research that shows that charters do no better than public schools, and often do worse. Heck, the writers at the Washington Post could have just looked through the reporting in the Washington Post to see that they were missing a point or two.

Williams moves on to a recounting of Clinton's flip-floppery, and then, of course, we have to spend some time indicting the Evil Unions.

The unions do not appreciate the Obama administration’s effort to have public school districts compete for grants given to districts with improved student achievement. They opposed holding teachers accountable for their students’ success or failure.

That's because "improved student achievement" just means "higher test scores on a crappy standardized math and reading test." Do you, Mr. Williams, have any hopes for Ele beyond that he just learn to do well on a Big Standardized Test on math and reading? I'll bet you do. Welcome to the club.

And for the gazillionth time-- teachers do not oppose being held accountable for what we actually do. Let me put it this way-- would it have pissed you off if NPR had fired you over something to do with the actual quality of your reporting instead of some baloney about saying the wrong thing whiel talking to the wrong people? Do you think it was fair that your job security suffered for something unrelated to your job performance? Because-- again-- welcome to the club.

You want to evaluate me, come on ahead. I welcome it. But evaluate me on my actual teaching skills, and not some random trumped up fake-science VAM baloney that is neither valid nor reliable.

But Williams is not done unloading his big truck full of bovine fecal matter. This next sentence is sitting all by itself, just for impact.

In the name of protecting failing teachers and bad schools, they are the number one opponents of school reform.

Bullshit, sir. Bull. Shit. We have opposed "school reform" because it is and has been bad for education and bad for children, and because, after over a decade, it hasn't produced a single success.

The Wall Street Journal fears that  future Clinton ed department will be a wholly-owned union subsidiary, which brings me to what I find most hilariously ironic about all this Clintonian pearl clutching.

The charter folks take Clinton's words far more seriously than I do. Clinton has always been a wholly-owned subsidiary of Wall Street, and I fully expect her to behave as such should she be elected (which, if it happens, won't be because I voted for her). So Clinton said something vaguely mean (and painfully accurate) about charter schools, one time. Hell, Clinton says a lot of things. And since both unions threw support to her without making her so much as curtsy in their direction, I don't think there's much of a deal there. Nor do I think that union coffers will, this one time, outweigh the vast mountains of money that Wall Street has thrown at her over the years. And since it is Wall Street that ultimately backs the charter industry, I don't think charters have the slightest thing to worry about.

So the irony here is that while charter fans are freaking out because they think Clinton might start telling the truth about them and they might not be able to hoover up tax dollars with impunity any more, I'm thinking those thirty words are pretty meaningless. You guys really need to take a deep breath and get your blood pressure down; this is going to be a long haul.