Is It A New Year?

I'm not a huge fan of New Year's Eve for some personal reasons (ranging all the way back to a semi-public dumping back in high school), but I also find it a curious practice. It's that thing we humans do-- we make an somewhat arbitrary mark on the surface of the universe and then wear ourselves out investing it with Deep Significance. Is there a strong objective cosmological reason to declare tonight at midnight that we have started a new year? None that I can think of, but we still like to make a big deal of it. 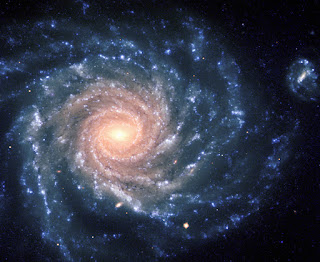 On the one hand, that's fine. It's a thing we do, and it does us good to stop our mad race periodically to reconsider what we've done, what we intend to do, how things are generally going, and how we feel about all of this. We are, most of us, inclined to plunge heedlessly forward, mindless racing on into the uncertain darkness of the future-- it's a good idea to stop, sit, and take a mindful moment to reflect. We do not, after all, have forever to work this stuff out.

It lands oddly for schools, catching us in the middle of the year, neither the beginning nor the end of anything in particular. It's still a good a time as any to think about how we're doing. If activists and supporters of public education want to take this moment to set new goals and evaluate old ones, that seems wise. If reformsters want to take the occasion to evaluate strategies and goals, as many have, I'm fine with that. Honestly, it would help things if they would do it a lot more often.

That's part of the problem. Sometimes when we designate one day for a particular activity, we take that as an excuse to ignore it the rest of the year. Should we want until Black History Month to talk about Black History?  No, that would be stupid (particularly since it would be hard to talk about American history without talking about Black History). Once you've been sweet and kind to your partner on your anniversary, can you just ignore them for the rest of the year? Should people only be nice to you on your birthday? Should students and teachers only make a special effort to be at their best on the first day of school?

No, holidays are great for acknowledging thoughtfully that which we always note the rest of the year.

I take as much comfort as anyone in the idea of cycles, but of course, things don't really repeat. My high school students were in high school for four years, and each year was a completely different animal. In many of my years of teaching, one year resembled another, but they were never the same. I taught for a little over 7000 days, and each one was a little different from every other one. Thanks to my brother (long sibling story) I am ticking off my days of retirement one at a time on Facebook. Today is Day 211-- not a particularly notable number. But the exercise of having to report in on each day makes me pay a little more attention to what is happening, what is new each day. And meanwhile, the earth spins on through the void, rotating, spinning around the sun which is itself spinning through the galaxy that is wheeling through space. Cosmically speaking, we never occupy the same location twice, ever, but continuing spiraling into the void, each moment in a new place.

So is there something special happening in (checks watch) eight hours? Not exactly. But is it worth us to take stock, to recap, to reconsider, to set out new goals and standards for ourselves moving forward, to take another thoughtful look at the adventures now receding into the past? Absolutely.

What have we gotten done in the classroom. What milestones have we passed. Those are worth thinking about, as well as remembering that as much as we are sometimes inclined to think of some students (particularly the obnoxious ones) as set in annoying stone, each student comes back each day a little changed, a little different. Everybody grows, always. There's no question about whether they grow-- just how that growth is going to go.

You can't dip your toe into the same river twice, and you never walk int the same classroom twice.