A Call for Hong Kong Reform


Philip Yeung was educated at Oxford and the University of Toronto, but he has made his living in China. He's been an academic consultant, a senior communications manager, and currently is with English for Emergencies (my new favorite company name) where he does ghostwriting. He's also an opinion writer for the South China Morning Post, which is where we find him today. Here's a message for everyone who thinks we should chase Hong Kong to get those sweet, sweet PISA scores and win the international test competition. 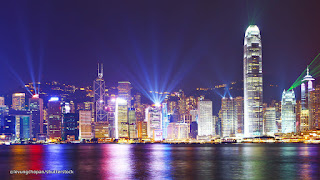 I'm going to quote some large chunks of this. See if anything sounds familiar at all...

Hong Kong public education is in crisis. The numbers don’t lie. A recent survey by the Hong Kong Psychological Society found 52.2 per cent of teachers showing symptoms of depression, plagued by hopelessness, fatigue and sleeplessness.

A similar percentage of secondary school students are similarly afflicted. Unlike suicides, which have the power to shock, depression is invisible; it spares the government public embarrassment. But how is such a mutant system able to manufacture so much misery to those who live by it?

Grim. One might imagine similar problems leading to, say, the largest one-year loss of teachers in a few decades. But what can lead to such problems?

Blame it squarely on bureaucrats who know little, and care even less, about education. Teachers were first turned into report-writing clerks, spending much of their time on drafting reports to the Education Bureau, where they sat unread. Then they are yoked to a system that exists to endlessly over-test our kids.

Teachers, dictated to by desk-bound bureaucrats, mutate into drill sergeants. In a culture that reveres teachers, respect is in surprisingly short supply.

...The reading culture, so vital to creative education, predictably fails to take root in this barren teach-to-the-test topsoil.

Too much teaching to the test? Teachers feeling powerless and disrespected? A system worshipping "the wrong god: the god of cookie-cutter tests." How does Yeung think such a problem can be addressed?

Any shake-up, however, must begin at the top; Hong Kong’s chief executive should appoint only educational experts to decision-making positions in the Education Bureau, from the secretary down. Being a parent is an insufficient qualification, as officials always elect to defect from the local system by sending their children, out of harm’s way, to overseas or private schools. With their children out of the system, they have no vested interest in making it work.

Teachers in charge?! Well, that's a shock. The rich and powerful get their kids out so they don't care what happens in the schools? Actually, Warren Buffet made a similar point once, while sitting just feet away from Bill Gates:

His point being that the rich and powerful would see to it if they had skin in the game. Yeung feel;s the same:

Why do we continue to have wishy-washy generalists and system-deserters running an education body that mistreats teachers and mutilates the young? If you can appoint financial experts to an economic bureau, why couldn’t you pick specialists for the education portfolio where the stakes are no less high and inter-generational?

Any appointment of future senior education officials should be made conditional upon them keeping their children within the local system. Otherwise, the hypocrisy renders them unfit for office.

Yeung names the schools of education "co-conspirators" for the way they train Hong Kong's teachers, and he has some specific instructions for them before he winds up with his final point:

Finally, don’t forget the iron rule in education: a healthy system begins with happy teachers. It ends with the room to grow and the freedom to teach.

All worth keeping in mind the next time someone holds Hong Kong up as a system we should imitate, although it seems we are already imitating many of their worst qualities.