At The Risk Of Repeating Myself

It can be frustrating to repeat yourself. In a long-running debate such as the one surrounding education, it is easy to find yourself pushing out the same points again and again. Lately, I've heard several folks on the pro-public side (The Resistance, if you like) expressing their frustration (most notably the absolutely awesome Audrey Watters).

I get that. I've put up (checks notes) over 3100 posts on this blog alone, and there's a certain amount of redundancy in there. I'm running out of ways to show that a charter school is not a public school. I feel the repetition in the struggle to write titles for posts-- how many ways are there to say "Florida has done something unspeakably stupid and hostile to public ed"?

Nevertheless, I will continue to repeat myself, and I encourage my compatriots to do the same.
Here's why:

As Educators, We Know the Power of Repetition

"I explained this point to them once, back in September, so I'll never need to explain it to them again," said no teacher ever, unless she was telling a joke. People don't get things in one shot. They need to hear it again and again in order to wrap their brains around it. It's Teacher 101-- you will have to explain the material more than once.

New People Are Entering the Conversation Every Day

It's 2018, and you can still often hear some version of,  "So what's the big deal about that Common Core stuff, anyway?' Education activists suffer from the same problem as any people deeply committed to a particular field of study or advocacy-- spend so much time eating, breathing and sleeping a subject and you can start to forget that the world is filled with people whose daily lives are focused on other things entirely.

The education debates are like an ongoing conversation in which every five minutes a new person walks up and says, "So what are y'all talking about here?' Yes, a recap or new explanation will be redundant for a whole bunch of people who've been there for a while, but news need help working out what's going on.

Repetition Is Important For Messaging

Through sheer dogged repetition, Coke and Pepsi have made themselves the near-universal default for people who want something to drink. They didn't win some debate with a case of RC Cola. They just kept putting their name and their product in front of people all the time. 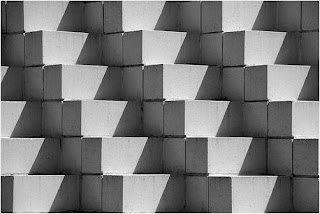 Politics and PR, however, are a whole other thing. You get your talking points, your key pieces of framing language, and you make sure to get them out there time after time after time. You hire a PR firm or advocacy group to do nothing but put the same points out there again and again and again and again, because that's how you get people to just, say, reflexively think of charter schools as public schools. In fact, in the world of politics and PR, you can get far more "penetration" by repeating a claim than by actually proving it (Exhibit A: The current occupant of the White House).

This is why amplification is so important on social media. The more times we see the same article or essay popping up on our feed, the more we're inclined to believe that the article must be Really Important or Extra Good. Reposting, retweeting, sharing and passing stuff along is a big deal. If you don't, you should.

It's a challenge to repeat the same points, to shout the same alarm into the theater where people mostly ignore your warnings about the fire so that they can watch the rest of the film. Repetition challenges your creativity and your passion for the points you want to make. But it's not a waste of your time; in fact, it may be necessary to get your point across. And you know who understands that really well? All the PR and advocacy experts working for the modern ed reform biz.
Posted by Peter Greene at Thursday, December 20, 2018