The Disordered Order of Competencies

Competency Based Education (or Proficiency Based Learning, or Outcome Based Education, or Mastery Learning, or whatever new name appears next week) is the up-and-coming flavor of the week in education, even though it is neither new nor well-defined by the people who promote it (or the people who are implementing it in name only). But the basic principle is simple and, really, fairly common sensical. It offers a different solution to the age-old tension at the heart of education: students should definitely learn a certain core group of competencies, and they have to learn them in 180 days. 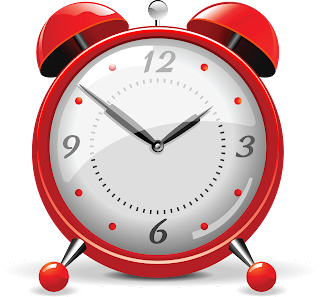 Traditionally, we resolve the tension by siding with the 180 days, and so some students are pushed through even though they don't necessarily fully master the material. But what if we flipped that? What if we said that every student must fully master one skill or unit of content knowledge before she moved on to the next one, regardless of how much or little time it took her to do it.
There's an obvious challenge here. What if Chris only takes 30 days to complete the full list of competencies? Worse, what if Pat needs 400 days to master the same full list? But there's another, less obvious issue here.
CBE is often presented with math lessons as the examples. That's handy, because everyone understands math to be sequential (you can't do calculus if you can't add and subtract).
But what about other disciplines? Remember, the sequence is very important, because in a true competency based system, no student can move to the next unit until she has demonstrated competency (or proficiency, or mastery) in the previous unit. So where should the critical roadblocks come? Should a musician be able to play Bach before they can try Beethoven? Does a physics student have to master potential difference in electricity before she can study centrifugal force? And what about English class? Should students be required to master Romeo and Juliet before they can start working on writing paragraphs? Does it make sense for a teacher to sequence her less engaging units at the beginning of the year when students are still fresh, or at the end of the year so that students who get "stuck" on that unit aren't left quite so far behind?
CBE calls for time to be the variable while learning is the constant, but few districts that have implemented some version of CBE have been brave enough to tell parents, "Summer vacation doesn't start for your child until they've finished all their modules," so there is still a ticking clock behind all of this, meaning that a student who gets stuck on module 3 may never make it to module 20 at all.
Does it make sense to let a student sit like a potted plant for 180 days, then collect a diploma at the end even though they've learned nothing? No, but that's not the only alternative. If Chris can't get past module 3, moving Chris on allows for the possibility that modules 4-26 will actually teach Chris something. CBE assumes that all students can learn everything, so Chris should get there eventually. But eventually can be a long time, and the clock is ticking. If we're going to deny Chris that option, we'd better be absolutely certain that all other modules are hopeless and pointless if Chris didn't master 3. We'd better be comfortable saying, "This stuff is so important that we're going to deny you the chance to learn anything else until you get past this." If you're more comfortable thinking of learning as a many-threaded flexible sequence of interdependent skills and content that can be approached from many different directions in many different combinations, or if you're more comfortable thinking that some times it's better to walk away when you're stuck and come back later after you've wrestled with some different challenges, it's possible that competency based education isn't really for you.
Originally posted at Forbes