Blowing (Up) Your Mind Trust

When I first wrote about Indianapolis's Mind Trust, it was because they were looking for New School Leaders on Twitter. When I started digging, what I discovered was not very heartening.

Mind Trust was launched in 2006 by David Harris, who voluntarily left the mayor's office to start it, and Bart Peterson, who would involuntarily leave the office of mayor the very next year. 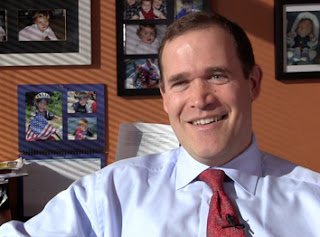 Indiana had already started the charter school gravy train in 2001 by handing the reins of the Indianapolis school system to the mayor (that was Peterson) who promptly created an office for developing and launching charter schools (that was Harris). The Mind Trust was a next step, a way to work on what Harris called "stimulating supply." This meant connecting big money backers with charter entrepreneurs, pushing what the called "Opportunity Schools." Indianapolis became a reformster oasis, with generous donations to groups like Teacher for America, backed by folks like Education Reform Now (an arm of DFER) and Stand for Children.

The playbook by now is familiar-- declare public schools a terrible failure, take a bunch of money away from them, use it to plant baskets full of charter schools. Harris was a source of ridiculous commenst like "when you go to schools that have excellent test scores, they're not teaching to the test" and "when people say we're trying to privatize education, I really don't understand that." And then they proceeded to privatize the hell out of Indiana's school system.

Now Indiana has "Innovation Schools" which are schools operated on the Visionary CEO model, where one awesome guy gets to run a school unh9indered by all those dumb rules and things. Or as Mind Trust's Number 2 (soon to be Number 1) Brandon Brown:

We believe it’s critically important to have real, school level autonomy. We think it’s critical that you have an exceptional school leader in charge of that school

In other words, some Great Man of Vision who can hire and fire and pull policy out of his butt at will. The whole business is a hit with other reformsters:

“David Harris is one of the most thoughtful and pragmatic education leaders in the nation,” Neerav Kingsland, who leads K-12 education work for the Arnold Foundation, wrote in an email. “The partnership between Indianapolis Public Schools and The Mind Trust serves as a model of how school districts and non-profits can work together to get more kids into great schools.”

Kingsland is not just an Arnold Foundation guy-- he's also one of the architects of the post-Katrina mess in New Orleans. The mind of partnership is the kind you get when charter fans get control of a public school system so that stop resisting and actively cooperate with the charter attempt to gut them. The result-- almost half of Indianapolis students are in a charter school, and the public system is in trouble.

“I honestly think that if The Mind Trust … hadn’t been in Indianapolis over the past 10 or 11 years, that IPS would not be decimated and flailing like it is now,” said Chrissy Smith, a parent and member of the IPS Community Coalition, a local group that is critical of the current administration. “We would not see innovation schools coming in. We would not see the proliferation of charter schools.”

All of this matters because the Mind Trust is aiming to pursue the dream of all reform programs-- to scale up. Harris has been widely announced to be "stepping down," but that's not really accurate. As reformsters will, he is stepping up, ready to take the Mind Trust model national.

What will that actually mean? The Mind Trust model depends on

* piles of cash from the usual backers to help launch things
* new, friendly regulations
* and inside man or two who will get the public school system to roll over and let charter developers do as they wish
* visionary CEO style school leaders (with, obviously, no real education background)

That means the Mind Trust model will translate to some region better than others, plus there will be the added issue of established reformsters reacting to a new guy muscling in on their territory. Hard to say how this will fall out, but if you see David Harris headed for your neighborhood public school, it's time to be extra alert, because he is not there to help.


Posted by Peter Greene at Friday, March 16, 2018
Email ThisBlogThis!Share to TwitterShare to FacebookShare to Pinterest