From the What Crazy Crap People Will Sign Up For file (cross indexed with the Overton Window on Civil Liberties) comes this article by Kim Brooks at NY Magazine. 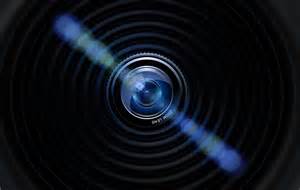 It's about a company named Cognition Builders, a company founded in 2006 and dedicated to helping your family deal with problem children.  How do they help? By providing complete surveillance of your family, 24/7. They place video cameras throughout your home. They send employees-- family architects-- to stay with the family. Both the employees and the cameras provide real time coaching, telling you (and correcting you) how to properly interact with your children.

The answer is, plenty of folks.

"Well, these must be really good counselor types, with years of training and important new techniques."

Nope. Those family architects are generally fresh-out-of-college twenty-somethings. The actual techniques pushed by the company looks like a slightly tweaked Applied Behavior Analysis, a technique used with autistic children. It's the newer name for "behavior modification," a name that was generally dropped when people started to catch on to how creepy it was. Stressing strictness and consistency, their approach smells a lot like Nanny 911.

The company was founded by Ilana Kukoff, who has a Ph.D. in Behavioral Psychology, bills herself as an "educational entrepreneur" and who has started some other businesses, including Rethink Autism. Cognition Builders bills itself as an education service. Less prominently featured in her bios are her stint as Behavioral Psychologist and Powerful New Lifestyle Consultant for Kaman Music (a major distributor of instruments) and Golden Bridge Yoga. (Note: I did not make up that job title).

"So, it's really affordable? The marketing sells it?"

This is a program for rich folks. Really rich folks. Many clients report bills in the six-figure zone. And the company doesn't advertise. Just word of mouth and recommendations from counselors who specialize in Diseases of the Rich (h/t Tom Lehrer). People are really signing up for this. Read the article.

The moral of this story is, I guess, that some folks-- even very privileged folks-- are not only willing to put up with Big Brother, but will pay to hire him, even under the flimsiest of pretenses. A good thing to remember for those of us believe this kind of thing is self-evidently Very Bad.


Posted by Peter Greene at Monday, August 28, 2017
Email ThisBlogThis!Share to TwitterShare to FacebookShare to Pinterest