Brace yourselves. It's time for a star-studded ed erformstravaganza. 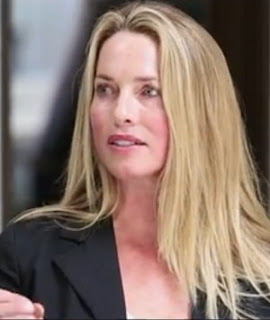 EIF Presents: XQ Super School Live will be highlighting the efforts of the XQ Institute, simulcast on all four major broadcast networks. So who are these people, and how do they have this kind of firepower.

The XQ Institute is an offspring of the Emerson Collective, a Palo Alto-based do-gooding group founded by Laurene Powell Jobs. The organization is dedicated to removing barriers to opportunity so people can live to their full potential in order to develop and execute innovative solutions that will spur change and promote equality. They were one of the first groups to hire Arne Duncan after his Ed Secretary stint (do not miss his hardcore street pic here). Oh, and they just bought controlling interest in the Atlantic which, for reasons we'll get to, is kind of a bummer.

Jobs was always a philanthropic power player, and she's logged time in the ed reform biz with NewSchools Venture Fund (We raise contributions from donors and use it to find, fund and support teams of educators and education entrepreneurs who are reimagining public education), but as the widow of Apple Empresario Steve Jobs, she has a huge mountain of money to work with. She is, in fact, the fourth richest woman in the world. And she has decided she would like to fix education.

Jobs has said, “We want to make high schools back into the great equalizers they were meant to be."

To do that, she launched XQ Institute, which launched a big competition--  XQ: The Super School Project.

The Super School Project is an open call to reimagine and design the next American high school. In towns and cities far and wide, teams will unite and take on this important work of our time: rethinking and building schools that deeply prepare our students for the rigorous challenges of college, jobs, and life.

When I wrote about the XQ competition two years ago, I noted that it combined the language of business (manage human capital) and the language of gee-whiz education amateurs who haven't ever consulted someone who actually works in the field (What if we knocked down the walls?). That fits, because there aren't many educators in sight. I was going to pore through leadership list for the XQ project, but there isn't even a job title that involves education. Jobs' co-chief, the other person to occasionally appear in the press materials, is Russlyn Ali, a lawyer who worked for the Education Trust and then became Assistant Secretary for Civil Rights at the US Departmet of Education under President Obama. Jobs will occasionally cite her "two decades in the education field" but that's just counting back to her 1997 launching of her first non-profit education project, College Track. Oh, and Amplify is a partner in this, too.

Jobs doesn't use many of the dog whistles or talking points of reformsters, except for one that she really loves:

Jobs told the NYT, "The system was created for the work force we needed 100 years ago. Things are not working the way we want it to be working."

In USA Today: The XQ Institute aims to "rethink" American public high schools, which, it maintains, have remained virtually unchanged for a century while the world has transformed dramatically.

"Schools haven't changed in 100 years"  is the dead horse Jobs rides in on, a criticism that only makes sense if you don't know what schools were actually like in 1917, and if you haven't actually visited one in the last century.

Last year at this time, XQ announced the ten winners of a Boatload of Money (roughly $10 million per school). It included some public schools, but here the reforminess becomes more apparent. One winner is the Vista Challenge High School in San Diego. They are supported by Personalized Learning company Digital Promise, and VCHS will use the money to spread rigorous personalized learning and “authentic examination.” Betsy DeVos's beloved Grand Rapids public schools will turn a museum into a high school. A RISE charter (Revolutionary Individualized Student Experience) will launch in Los Angeles. In Louisiana, New Harmony High School is going to launch its "school on a barge" concept. Arne "Katrina Was the Best Thing Ever" Duncan got announce that one and said, "I've never been to school on a barge." And another $10 mill went Summit, the Oakland CA charter system that may be lousy at education, but is great at fund raising-- they've also attracted money from Gates and Zuckerberg with their brand of "all you need is a computer" schooling.

EIF stands for  Entertainment Industry Foundation, a charity organization that gets an A- from Charity Watch and does lots of good works and has been around since 1942. They've gotten involved in education before, with an initiative in 2015 called "Think It Up"  that basically crossed education with DonorsChoose.

I also note that in all the publicity for the event that I've now read, there is no mention of other sponsors, so while I don't have proof, I'm pushed to conclude that Laurene Powell Jobs just busted out her checkbook and bought  a full hour of Friday night primetime television on four networks.

What can we expect. Well, music and comedy and documentaries are billed. And we're talking about a SuperSchool live, so presumably we won't bother with any coverage of those dopey Clark Kent schlubby schools where the rest of us slog away. This special will just focus on Jobs' own created reality.

XQ is actually a perfect name for the whole business, because it turns out that this is just some shit at the Jobs people made up. From their site:

Sure, IQ (Intelligence Quotient) is important. It measures how we process information. But it isn’t everything.

In fact, the latest science shows that intelligence is not fixed and that there’s a lot more to a person’s capability than what can be measured in an IQ test.

What also matters is a person’s EQ (Emotional Quotient)—the ability to relate to others, understand emotional cues and collaborate.

But today, neither IQ nor EQ is enough. There’s a certain something, something we call XQ, that’s essential for success in the new era we’re entering.

What does XQ stand for? It stands for "I'm a rich person in Palo Alto, and I don't need to learn from experienced experts in a field when I can just make stuff up myself." On Friday evening, September 8th, I'll probably be playing with babies. But I'll take a moment to be glad that we don't actually have cable, so I can't watch this thing. Because I can't imagine how long it takes to get over having Common and Tom Hanks tell us that we just aren't good enough.

Posted by Peter Greene at Friday, August 25, 2017
Email ThisBlogThis!Share to TwitterShare to FacebookShare to Pinterest