Charters are fond of at-will staffing, where all teachers may be hired or fired at any time, for any reason. Sort of the exact opposite of tenure or due process. Here's a story out of Detroit of just how bad that can be-- not just for teachers, but for students and community.

Michigan has been a playland for charters. There are well over 300 charter schools operating in Michigan (the number varies a bit depending on who's counting). The vast majority are for-profit, and almost none have organized teacher unions.

Universal Academy is located in Detroit, and as reported by the Detroit Metro Times, their problems began with Etab Ahmed, a Yemeni immigrant. Ahmed, age twenty, was called into the office and encouraged to sign a paper. She thought it was about graduating, and it was-- sort of. She had written and signed, as coached by the principal, the following:

"I am Etab Ahmed want to finish the high school through GED. And do not want to continue at Universal Academy - Etab Ahmed 11/10/15"

As soon as she returned to her classroom, she asked the teacher, Asil Yassine, what a GED was, and was shattered to discover she had just signed away her dream of a high school diploma.

But Ahmed was twenty, which meant that Universal Academy had gotten as much money as they ever could out of her enrollment.

"I am struggling to understand how this incredibly bright, hard-working student who fully deserves a diploma from Universal Academy can be removed so suddenly from her education," Yassine wrote in a Nov. 14 email to Nawal Hamadeh, the superintendent of the school and CEO of Universal Academy's management company, Hamadeh Educational Services.

"Could you please send me a copy of the federal or state law or HES board policy that describes why this student is too old to stay in school?" 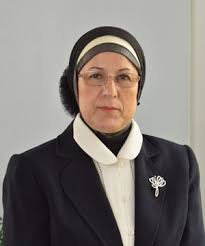 Yup. You have immediately realized that this is going to end badly for Yassine, and you are correct. She received no answer from Hamadeh. Nawal Hamadeh has been in the biz as a while, hailed as an innovative educator and pillar of the Arab-American community. Yassine did not even have two years of teaching under her belt.

Shortly thereafter, at the end of January, Yassine and several other teachers attended a board meeting to bring attention to issues that they felt were having a bad impact on students and school culture. A little over two weeks later, on a Friday evening, the teachers were informed by e-mail that they were fired.

The e-mails gave no explanation for the firing, simply reminding the teachers that they were at will employees who could be fired at any time for any reason. The community and parents pressed for more information, but the school would say no more than it was a "safety" issue. When pressed for explanation of what safety issues exactly was involved, the school said it could not discuss personnel issues. School administrators also pulled student body president Tekwa Itayem in to grill her over a video she had supposedly taken at the public meeting and demand that she turn the video in.

Universal continued to stonewall the story.

"What's the story? I fail to see an issue with (at-will) employees being dismissed. No federal (or) state laws were violated," Universal's hired public relations consultant, Mario Morrow, says in an email to MT when asked for an interview with Hamadeh. The CEO declined the request.

But they did eventually update Ahmed's transcript-- she now magically had enough credits for a diploma after all. Amazing!

The Metro Times notes repeatedly in the article that charter supporters insist that unhappy parents can just vote with their feet. But for members of the community, it was not that simple. And it would make business sense to create a mechanism that would actually allow student and parent voices to be heard. That, of course, would conflict with the all-powerful CEO model of charter schooling.

What else would help a situation like this? Teachers who could speak up and advocate for their students without losing their jobs. Of all of the side-effects of a system with no job protection for teachers, this is perhaps the worst-- a school in which students have no trusted adults they can approach with concerns or problems, because the trusted adults can't speak up for students without losing their jobs.

This particular story is not over yet. A complaint was filed with the National Labor Relations Board, and the NLRB filed a complaint which alleges

... that the management company interfered with and violated the teachers' Section 7 rights — which guarantees employees "the right to self-organization, to form, join, or assist labor organizations, to bargain collectively through representatives of their own choosing, and to engage in concerted activities for the purpose of collective bargaining or other  or other mutual aid or protection" — by, in addition to other things, referring to some teachers as "trouble employees," and interrogating them about their protected concerted activities (such as speaking up at the board meeting).

Hamadeh Education Services (HES) strives to maintain a positive work environment for all its teachers in support of its mission to provide quality education for students. HES has not discriminated against employees, and will defend the pending complaint consistent with the NLRB procedures. HES is confident that the charge has no merit.

The charter management has about a month left to respond. If they do not, hearings will be held in late September. Stay tuned.

If you're thinking of sending your child to a charter school, there are many questions to ask, but one of the most important is this-- if the school treats my child in an unjust or unfair manner, will any teachers in that school be free to speak up for my child? Because the answer for charters like Universal in states like Michigan remains, "No."