Raymond J. Ankrum, Sr., is a teacher-blogger who put in some years in the Baltimore school system and who now is working a charter gig. And in a recent post, he asks the question that lots of union critics think, but don't always have the nerve to articulate.

The question often comes from people not working in public education-- why do you need a union or tenure or a lock-step pay grid? Isn't all that stuff for the crappy teachers, to protect them from the consequences of their own crappiness? Wouldn't school districts do their best to hold onto super-duper rock star teachers and pay them super well? 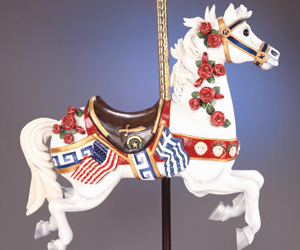 That kind of kibbitzing is typical in every field that draws backseat drivers with no experience or expertise ("Doctor, why don't you just prescribe exactly the right dose of exactly the right drug the first time?"). But it's always a little bit of a surprise to hear it coming from teachers. At the risk of sounding like the aged fart that I am, I can't help notice that teachers who pose this rhetorical comment are most often "less seasoned" or "newly minted" or "young." Not that all young teachers have this issue-- the vast majority know better. But some still want to ask this question, so let me try to answer it.

In fact, since school administrators these days turn over at a faster rate than teachers, chances are the rock star teacher is working for someone who had no hand in hiring her. I don't know that anyone has done the research (or could) but it would be interesting to see how many teachers are working for someone that didn't hire them in the first place. I'm going to bet that the percentage is huge. That means that even if the teacher is a rock star and the administrator is a rock star, the teacher was hired as part of a vision of the school that is no longer in play.

Oh, but excellence is excellence and anybody with half a brain knows a rock star when they see one. Sure. That's why all elections in this country are settled quickly and easily and everyone listens to the same music and watches the same movies and tv shows-- because excellence is something that we all totally agree on.

No, sorry, young rock star, but one person's rock star is another person's "Oh my God how can you listen to that dreck!!" Find me any awesome rock star teacher in the country, and I guarantee you-- no matter how beloved and rock starry and awesome that teacher is, we can find ten people who would say, "Yes, if I had the power, I would totally fire that teacher for being so awful." And sometimes those people pursue, and even acquire, that power.

Nor is excellence an immutable category. A rock star teacher may hit a rough patch for any number of reasons, from a person struggle to illness to existential crisis. Should a school help that flagging rock star through that patch, or just dump the teacher the moment she becomes less shiny? And many ordinary mortals are only rock stars a few days a week-- does that count?

And that's just all the disagreement about what constitutes excellence. That's before we even get to bad actors who want a teacher's hide because that teacher refuses to give Junior an A or let Junior start first string on the tiddlywinks team or because that teacher belongs to the wrong political party or the wrong church.

Or let's take the kind of case where a teacher's very rock starriness puts her on a collision course with administration, the case where the school is pursuing a course that is bad for students or a student, and the rock star tries to advocate for that student and is told to shut up or lose her job.

You, young rock star, may feel as if your professional awesomeness is a mighty shield, so powerful and strong that you don't need the protection of anything else. It may be pretty to think so, but history and reality are not on your side. In fact, your awesomeness and go-to-it-ness almost certainly will put you on a collision course with someone-- a parent, an administrator, a board member, or some other random actor-- and bring you to a moment when you'll want to have someone on your side.

The implication that the only teacher who run into trouble are the ones who deserve it is just wrong, like suggesting that Those People wouldn't have been stopped by the police if they hadn't been Up To Something. Sure, there are people who end up in trouble because they Really Screwed Up. But it would be a terrible mistake to assume that those people make up 100% of the conflicts. In this respect, people who argue that we don't need a union are like people who argue that we don't need public defenders for the court system.

The irony of the unions-protect-mediocrity argument is that it's actually the absence of a union that encourages mediocrity. When you're a teacher with no job protections and nobody to watch your back-- well, that's the time to keep your head and down and never, ever do anything that might make you stand out or draw attention. Ankrum winds back around to the idea that he wants teachers who give their all and don't just watch the clock (with the implication that such teachers are most likely found in a non-union charter). But I want teachers who can give their all and use every bit of their professional expertise without having to look over their shoulders every five minutes.


Is the union, particularly in large urban settings, its own sort of monstrous bureaucratic institutional mess? Sure. The union grows into a mirror of the district that houses it, and we end up with a complicated struggle. But to imagine that rock star teachers are so protected by their rock star powers that no unions are ever needed is reckless, foolish, and in some cases, seriously egotistical. Every rock star may not call upon the union (though many will), but the mere fact of the union's existence and the work rules that it supports will make it more possible for the rock star to be a rock star. To imagine otherwise is to be a carousel pony imagining that if you could just get unhooked from the carousel and get this big pole out of your back, you would breeze right past all these other mediocre ponies. Once it happens, you suddenly realize how much you needed the pole to stay upright and moving forward.
Posted by Peter Greene at Friday, August 19, 2016
Email ThisBlogThis!Share to TwitterShare to FacebookShare to Pinterest