Camp Philos was not so swank this year.

In previous years, the Very Deeply Thoughty reformster retreat has taken place at luxurious retreat locations. But this year the Festival of Reforminess was held in Philadelphia in conjunction with the Democratic National Convention.

That makes a certain amount of sense because Camp Philos is a project of the Democrats for Education Reform, and DFER is a project of hedge fund guys like Whitney Tilson. DFER does not adhere to some traditional Democratic positions; they have, for instance, a deep disdain for the teachers unions. And when it comes to education reform policies like charter schools, DFER is indistinguishable from the ed reform wing of the GOP.

That's not entirely a surprise. Here's what Tilson once had to say about how he decided to put the D in DFER:

The real problem, politically, was not the Republican party, it was the Democratic party. So it dawned on us, over the course of six months or a year, that it had to be an inside job. The main obstacle to education reform was moving the Democratic party, and it had to be Democrats who did it, it had to be an inside job. So that was the thesis behind the organization. And the name – and the name was critical – we get a lot of flack for the name. You know, “Why are you Democrats for education reform? That’s very exclusionary. I mean, certainly there are Republicans in favor of education reform.” And we said, “We agree.” In fact, our natural allies, in many cases, are Republicans on this crusade, but the problem is not Republicans. We don’t need to convert the Republican party to our point of view…

DFER's been having a bad couple of weeks. The first draft of the democratic platform suited them just fine, but then the final draft included some new language, language that in particular tightened the noose on charter schools. From unconditional support of charters, the platform committee moved to requirements such as saying that charters "should not replace or destabilize traditional public schools" and must take their fair share of students with disabilities and English Language Learners. 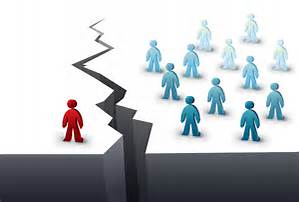 The tweaks were small but significant, and DFER and other charter supporters howled like stuck pigs. For the past few weeks, readers must constantly be reminded with frequent references to DFER chief Shavar Jeffries' assertion that the platform was "hijacked" and an "unfortunate departure from President Obama's historic education legacy." Other DFERsters like Peter Cook were not just alarmed that the the platform was rolling back (however slightly) charter support, but that the Democratic Party was listening to the teachers unions. Imagine that!

There's reason to question just how much DFER and their brethren are over-reacting. The DNC also held up Cory Booker as an exemplar of Democratic swellness, and on education, Booker is exactly the kind of politician that DFER can love, all in for charters and dismissive of teachers and their unions. The Clinton camp dispatched senior policy advisor Ann O'Leary to Camp Philadelphilos to reassure DFER that Clinton had not abandoned them. She also floated the popular recycled talking point that No Child Left Behind was kind of awesome and totally helped accountability by finding all the schools that were having trouble, which is as big a slab of unvarnished baloney as you'll find anywhere in reformerdom. Most notably, Clinton herself has been walking a line designed to avoid upsetting either teachers or charteristas, and the Democrat campaign has gone back to focusing strictly on pre-K and college, completely dodging that K-12 education issues that are everyone's Big Concern.

And DFER has held onto one of their most valuable and mysterious assets-- the general assumption that DFER deserves a Seat at the Table. From Molly Knefel's coverage of Camp Phildephilos:

This remains one of the most bizarre features of the Age of Reform. Lots of folks have just walked in off the street and demanded a Seat at the Education Table. There's never been anything quite like it. No civilians stomp into a McDonalds corporate meeting and says, "Okay, I've got some ideas about menu that you must listen to." No average citizen walks into a hospital board meeting and says, "Here's the rules you need to follow for providing patient care." No batch of teachers crashes a hedge fund business meeting and says, "Okay, here's how you must conduct your investment strategy."

DFER is tugging hard on its Democratic Party leash without tugging so hard that they break the rope entirely. Here's a warm fuzzy Shavar Jeffries quoted at Hechinger Report trying to concern-troll the issue:

We're just attacking the party for its own good. But Andre Perry challenges DFER to earn its D, noticing what many of us have been noticing for the past few years:

When Democrats changed the platform, it was a political victory for those who repudiated the brand of reform that DFER promotes. The change was a result of real political work, and they are changes designed to get Hillary Clinton elected. Isn’t that the goal of a platform?

Check the last mid-term elections. Education reform was a liability for Democrats. But Republicans could lump vouchers and charters in a “choice” package in which Dems, because of their deep embrace of the term, have been unable to differentiate themselves from their Republican colleagues. In addition, Republican governors have been able to flip-flop on Common Core with little consequence from Democrats primarily because of the manner in which teachers and unions have been attacked.

And Perry asks the $60 million question:

But when “Democrats” is in the name, there’s a different expectation. The name assumes a willingness to work within the political process. If DFER can’t differentiate itself from other like-minded groups then it should simply be For Education Reform.

DFER has been able to pass itself off as Democratic all this time because so many Democrats have gone the neo-liberal route, embracing conservative, business-friendly, teacher-hostile, public school destructive policies. Any shift in party policy will force outfits like DFER to signal whether they are more about the D or the R.


Posted by Peter Greene at Monday, August 01, 2016
Email ThisBlogThis!Share to TwitterShare to FacebookShare to Pinterest