In US News, we find Anne Osborne and David Osborne playing "So's your old man" with US public schools on the subject of cherry picking. Why complain about charter schools cherry picking, they say, when public schools do it, too? "The Charter School Pot and Kettle" lays out some public school examples, and also tried to make the case that charters don't really cream or skim or cherry pick, which leaves their argument something along the lines of "We don't do that, and anyway, you do it, too." 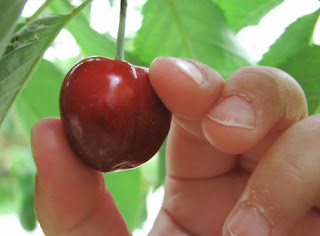 But as the article has surfaced in the twitterverse and the whole cherry-picking argument has been stirred up again, it's fair to revisit the issue. When you're in the habit of opposing something, it can be easy to kind of forget exactly what it is you were opposed to in the first place, and it's a good exercise to take your premises out and re-examine them from time to time. So let's play that game.

Osborne and Osborne claim that there's no reason to think that charters push students out. Their support is a 2013 working paper by Ron Zimmer (Vanderbilt) and Cassandra Guarino (Indiana University) about charter pushouts. That paper looks at data from 2001-2006, which was pretty much an entirely different universe when it comes to charter schools. Stacked up against the anecdotal evidence and occasional news stories like Success Academy's Got To Go list, the fifteen year old data is not very convincing. Even the charter-friendly American Enterprise Institute just published a paper concluding that while push-outs and creaming couldn't be decisively proven, there was more than enough smoke to suggest a high probability of fire.

So let's just go ahead and assume that cherry-picking, creaming, skimming, push-outing, homogenizing, and whatever else we want to call the general pattern of controlling the composition of your student population are all part of the same thing, which we're going to call cherry-picking for the moment because we've got to call the whole business something and I am one lazy typist.

Back to the question at hand. What are the arguments against charter cherry-picking? And do they involve anything that a public school system, complete with magnets, is not also guilty of?

For some folks, it's fundamental to their understanding of institutions that serve the public that those institutions can't pick and choose who is served. Your local hospital is not supposed to turn you away because you're dressed funny. Your city's public parks are not supposed to be barred to certain parts of the population. And your public school is supposed to take everyone who shows up at its doors.

Yes, there are lots of situations in which the member of the public gets to make some choices. In charterland, the student is supposed to be getting choice. In public school land, families choose where to live and that includes a choice about schools.

It's true in both cases that there are other barriers set up to keep students from particular schools. In the public school world, poor families can't buy homes in rich kid school neighborhoods. Magnet schools deliberately filter out certain students from attending, and while an arts school discriminates based on talent and not race or class, the rich kid who took dance lessons from age two has an advantage.

There are charters out there that are similar to magnet schools in that they are supposed to be organized around a particular focus. But at the end of the day, the public system must accept every student who is entitled by residence to attend (barring some expulsion-worthy level of extreme or illegal misbehavior). Charters not only get to pick and choose, but because they have limited capacity, they will not accept all comers. That is not what we expect from public schools.

Because virtually all charter school states depend on a fundamentally dishonest funding system for charters, every child left behind in public school is left in a financially weakened institution.

Cherry-picking charter enrollment is picking winners and losers. Under our current system, every "Congratulations, kid. You get to go to this shiny new charter school," is accompanied with ten "Sorry, kids, but we're cutting this program because we can't afford it, and by the way, you're stuck in this public school."

Speaking of picking winners and losers. Charters are often both sold and selected not because of academics, but because of location or peer group. As was rather graphically displayed recently in Pennsylvania, sometimes the pitch for a charter is simply, "Insure your child won't go to school with any of Those Children." 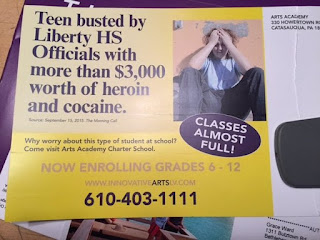 This makes cherry-picking exceptionally ugly-- it means that the charter operators are officially certifying that your child is not one of Those Children. It reinforces a world view in which some people are just better than other people. And the charter application process si somehow linked to deciding which students "deserve" to be "saved."

Do public school systems commit similar misbehavior? Yes, yes, they do. They label a school "the bad school" or shuttle more challenging cases into special programs housed in special buildings. Sometimes we're seeing a real, even successful, program to address a certain set of student needs. Sometimes we're seeing an attempt to just warehouse the problems. That is not okay.

The Charter Cake: For Having and Eating

You can't cherry-pick your student body AND claim to have an educational solution for all students.

You can't carefully select the top students from an urban setting and then declare that you know how to raise achievement levels for all poor kids. Well, you can-- but you'd be a liar.

You can't carefully pick Michael Phelps and Katie Ledecky for your swim team and then claim their success proves you know how to make every child a great swimmer.

You can't carefully select your student body and then announce that you have miraculous out-performed all the public schools who are serving the full range of students in your area.

I have some respect for the charter fans who are up front about this stuff, people like Mike Petrilli who are direct about saying that the charter mission is to get the better students, the strivers, away from the crappy low-achievers. But if that's what you're doing in your charter, do not turn around and tell me that you've discovered the secret of elevating low-achieving students. Do not tell me that you are an example of how to handle the kind of students that you don't even let in the door of your school.

If your charter is cherry picking, then we can add cherry picking to the list (with more money, smaller classes, and more instruction time) of pedagogical ideas that charters have discovered in much the same way that Columbus discovered America.