Is There Common Ground on Race and Education in Plain Sight

Back in May, Mike Petrilli, head honcho at the right-tilted Fordham Institute, proposed that when it comes to the current culture wars surrounding "critical race theory, “anti-racist” education, and diversity, equity, and inclusion in the classroom," a common ground exists. As Petrilli's sub-head puts it, "five promising practices most of us can get behind, regardless of politics."

Is it possible? So many of the conservative participants in this war are not making good-faith arguments, but are exercising some political opportunism (looking at you, Governor's Abbot and DeSantis). Some are either uninformed or willfully ignorant. At the same time, while Benjamin Wallace-Wells at the New Yorker did a great job laying out how one conservative activist stoked this fire, the article is clear that Christopher Rufo did not manufacture examples of bad diversity training out of thin air. Plenty of the objections to what's being lumped inaccurately under the heading of Critical Race Theory involves some serious nutpicking, but if the nut being picked happens to come from your school, some alarm is predictable. 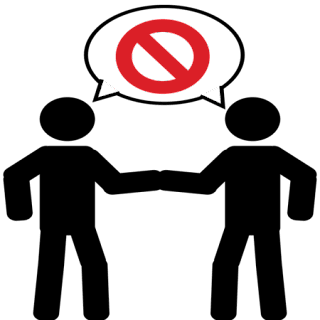 Even when you find a discussion of the issues being conducted by two people in performative good faith, the gulf seems somewhat unbridgeable. In this piece, Conor Friedersdorf and Anastasia Higginbotham seem hopeless separated both by ideas and by language (What is "whiteness"? How far should we bend to keep white children from feeling bad?)

Petrilli says he's hopeful for common ground, if not between the "hard-liners on either side, then at least among parents and educators out there in the real world of kids." Here are the five practices he thinks can be broadly supported.

Back in 2010, Arizona's legislators and Governor Jan Brewer passed a law banning ethnic studies in schools; in 2017, it was thrown out for being unconstitutional (and, said the judge, racist). That highlights a sticking point here; the folks who believe that one can't affirm non-white culture without somehow diminishing white culture. In education the stakes are raised because there are only so many hours in the year; you really can't just keep adding to the reading list without taking something away. You need look no further than the ongoing battles over #DisruptTexts, which looks to expand the canon, but is often characterized as an attack on the canon.

Culturally affirming materials ought to be in classrooms; at a bare minimum, culturally destructive materials should be removed. We can probably all agree on that idea; I have my doubts about whether we can agree on what that actually looks like.

The effort to diversify the education profession.

We agree. I'd call the need to recruit and retain teachers of color one of the major issues facing education right now. Are conservative lawmakers ready to hear that their attempts to ban the teaching of controversial issues of race are probably not going to help?

Helping teachers maintain high expectations for all students, regardless.

I'll admit that this point touches a nerve, going back to the days when Arne Duncan et al would insist that expectations solve all educational issues, and that we deal with all barriers to student achievement by just expecting them to do better, which is not only dumb, but cruel. At the same time, every teacher knows that expectations are key, and too often, for various reasons, teachers lower expectations for some students, and that's not helpful.

Teaching students to empathize with and understand others, especially those whose lives are more difficult than their own.

Years ago, a friend of mine who was teaching a gifted class, decided o doing a unit about world religions--just what they are, where they are, basic beliefs. One student and her family said no. When asked why, the response was "I don't need to understand them, because they are all wrong." Petrilli rightly connects this type of learning to social and emotional learning and character education.

But there’s a case to be made that, given America’s growing diversity and inequalities, it’s more important than ever for children to appreciate that some kids have it much harder than they do. And in particular, that many Black Americans face particular challenges because of racism that their fellow Americans need to better acknowledge and understand.
I'm pretty sure that's exactly the kind of learning that many folks in the anti-CRT crowd are agitating (and legislating) against. Petrilli is veering perilously close to the idea of systemic racism, and that's a loaded term for folks who are pretty sure that A) racism is just the product of a few bad apples here and there and B) since around 1960 we have lived in a country where any person of any color or background can achieve as much as they want to work for (and if they haven't achieved much, well, you do the math).
Presenting the history of slavery, Jim Crow, and other painful chapters in an honest, unflinching way.
I think there is actual broad support for this, but "honest" is doing a lot of work here. In particular, teaching about the connections between past events and the present (you know--the most basic hook for getting students engaged with material) would potentially raise some hackles. It would be useful to look at those events critically, perhaps using a theory that involves the lens of race. If only such a tool weren't currently illegal in several states. Petrilli calls for education that is both critical and patriotic.
Petrilli wants to avoid mandates and bans, and on this I agree. And I'm on board with the basic ideas of each of the five, even as I understand that each one is loaded with a boatload of devilish details.
But I do have my doubts about how common groundy these are, especially for the local parents and community members. And for that, I have to blame the folks on Petrilli's side of the isle.
Take this story from Gardiner, Maine. The AP English class was given a summer reading list (a not-uncommon practice for advanced English classes) from which they had to select just one book. But the community is up in arms because the 33 choices are all non-fiction books about various personal and historical aspects of the Black experience in America. Protest is being ramped up by local radio guy Jon James, a school alum who says these books are all "based in and around Critical Race Theory" despite the fact that he has not actually read any of them. The course itself is focused on rhetoric. Curriculum coordinator Angela Hardy offered this:
“In developmentally appropriate ways, our students will engage in learning experiences where contentious topics may be raised,” Hardy said. “In these instances, the educator’s role is to ensure students will examine the varied perspectives, have skills to discuss the topic with others using evidence, learn to listen to opposing views and develop their own opinions.

“A common goal of our educators is to equip the students with the skills and tools to move through that process effectively while facilitating respectful dialogue,” she added.
In other words, exactly the sort of all sides examination that many "critical race theory" opponents have said they want. But a chunk of the public has risen up, and the board has now said students may choose any non-fiction book at all. No word yet if that will satisfy the protestors who don't actually have students in the school. The comments section includes plenty of supportive comments, but also one from a person who asserts that the First Amendment means the school can't tell students what to read, and another who reminds us that the point of a liberal education is to make students become liberals. These folks, including James, have no idea what critical race theory says or what these books say, but they've heard what Tucker Carlson has to say and what Fox is reporting from Florida and other outposts of Liberty and this list sure looks like a bunch of by-God Black people stuff, and they aren't having it.
I'm not nutpicking. I'm pointing out that some of the policy wonks of the right may be underestimating just how stirred up the folks on the ground are. My sense is that by and large these are the same people who wouldn't listen to Jeb Bush about Common Core, only now after a few years of Trumpism, we have more politicians willing to wind them up and let them go. And, in all fairness, that agitation has seriously reduced the willingness of people on the Left to listen to any conservative sentence that includes the word "race" in it.
So, honestly, I wish the five things listed by Petrilli did represent some real common ground. They should. But if they did, places like Gardiner, cities like Philadelphia, regions like Washoe County, and states like Florida would not be all worked up and throwing conservative weight around.
Posted by Peter Greene at Monday, June 21, 2021