Upper Darby is a school district in the Philly part of Pennsylvania with problems deep enough that I will not attempt to sort them out from the other end of the state. Financial issues, segregation, proposed new schools, and a ballbusting superintendent who was put on leave by the board in a non-public meeting-- it's clearly a huge mess with several local issues intersecting. 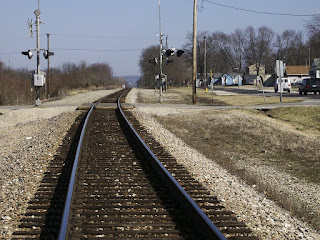 But one of the issues is clearly that some folks want other folks to stay on their own side of the tracks. This is the quote that jumped out at me from coverage of the story:

"I think the Drexel Hill families do not want the kids from the other sides of the tracks to come over there," Johnson said. "Because of its different nationalities, they feel they're going to bring their schools' ratings down."

So that's what test-based school ratings get us.

It's no longer necessary to find some sort of thinly-veiled, socially sort-of-acceptable reason to discriminate. No muttering about Those Kinds of People or concern-trolling "Wouldn't they be happier with their own kind" or racist comments about how Those People don't really know how to behave. No dog whistles or codes ("The property values, you know").

School ratings give us a legit, data-driven means of keeping Those People out. It's not that they're brown or black or poor-- it's that they get low test scores and that will drag down the rating of our schools. Hey, that's not racist-- it's right there in the data print out.


Never mind that race and SES are strong predictors of standardized test results. All we're looking at are the test results, and according to these data, there are some people that we just don't want to have redistricted into our school.

We have to keep Those People out of our school. It's not racism. It's not classism. It's just data.
Posted by Peter Greene at Saturday, August 06, 2016