In a piece of non-news news this week, Senator Chuck Schumer called for full (or at least fuller) federal funding of the Individuals with Disabilities Education Act.

IDEA started out in 1975 as the Education for all Handicapped Children Act (EHA) which at a minimum made for a lousy acronym. In 1990 it was retooled as IDEA, which comes with six main "pillars"
These are all admirable and worthy goals. They are also expensive as all get out. 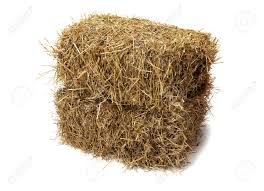 So why is Schumer calling for full funding? Because Congress has never provided close to what they promised. In 1975, Congress committed to funding 40% of the cost of implementing EHA. That didn't happen, and when EHA became IDEA, it happened some more. IDEA is the grand mac daddy of unfunded mandates, a case of the government saying to citizens, "You absolutely must buy a pony. But you'll have to buy it with your own money."

How unfunded is IDEA? Congress currently contributes (by some counts) about 16% of the total cost. All other costs fall on the state and local district.

This massive funding shortfall influences plenty of other policy discussions. It's certainly responsible for some portion of the "education spending has been increasing mightily since the seventies" discussion. And here's Bruce Baker (Rutgers school finance guru) arguing that spending on students with special needs is driving spending gaps between districts ( and is consequently an important unacknowledged part of the current debate between Ed Secretary John King and Senator Lamar Alexander). I'm also wondering if this funding gap is exacerbating the effect of making students with special needs more unattractive to charters-- they each bring their spending gap with them.

"UNfunded mandate" is a familiar phrase, so familiar that we may forget what it really means. But 16%?!

That's how little help the feds provide in meeting the complex of laws that they created.

So God bless Chuck Schumer for bringing the matter up for what must be about the umpty-gazzillionth time. I'm not optimistic that anything will change, but it's still good to be reminded that the feds ordered us all to go buy ponies and didn't even kick in enough money for hay.
Posted by Peter Greene at Thursday, May 26, 2016