"Permissionless" is a bit of a buzzword in some corners of the choicer community these days.
Jeanne Allen of the Center for Education Reform tosses it around a bit, particularly when she's working on the STOP award, a prize that Pennsylvania gazillionaire Jeff Yass funds and promotes. The P in STOP stands for permissionless. 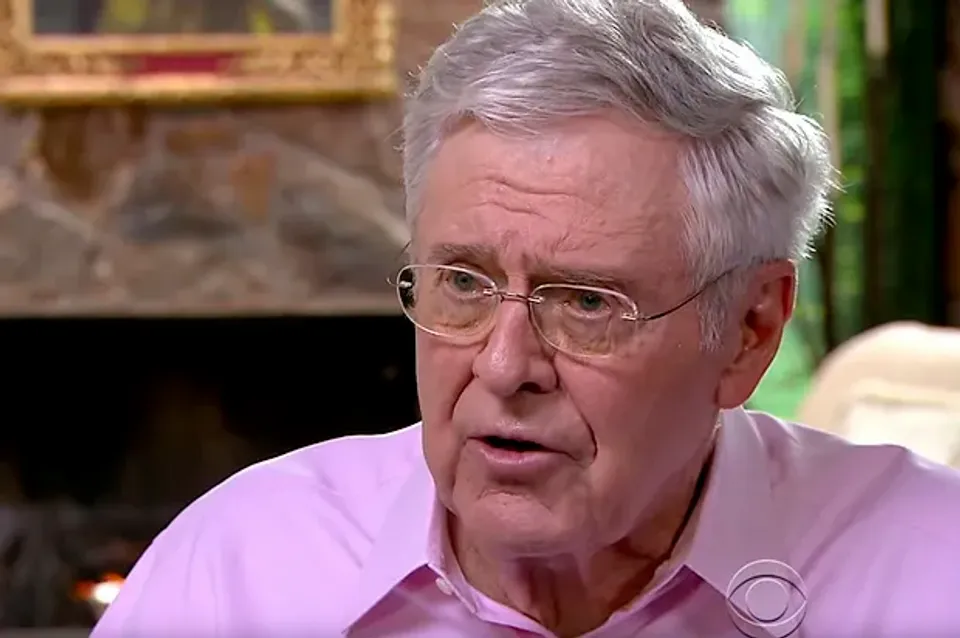 Meanwhile, the Stand Together Trust, which used to be the Charles Koch Institute, likes "permissionless" a lot. Their substack, previously "Learning Everywhere," is now called "Permissionless Education" and the Stand Together folks even plan to do a whole session at the 30th annual SPN meeting entitled "Expanding the Permissionless Education Market: Lessons from Everyday Entrepreneurs." Because nothing says "everyday entrepreneurs" like Koch money and the State Policy Network, that great collection of big-time right-wing thinky tanks.
"Permissionless" is a term that seems to have emerged from the world of blockchain. Here's a guy named Tim Denning talking about his permissionless revelation:
Permission-seeking is such a tragedy.

So much human potential gets wasted because of it. When I went down the rabbit hole of blockchain technology years ago, I came across the word “permissionless.”

I instantly fell in love.
He goes on to describe the permissionless economy in glowing terms. You don't have to get past gatekeepers. You don't need skills or qualifications to start. There are no bosses. "The value you add creates proof-of-work."
If you haven't spent much time soaking up blockchain discussions, they very much resemble the naive dreams of libertarian free-marketeers. Just be awesome in your own special way, and success and prosperity will find you.
But mostly, you shouldn't need anybody's permission to be awesome, and you definitely should never have to answer to anyone.
You can find places where blockchain world overlaps with education, like ed3, hoping to develop the future of education with web3. Here they are talking to Manuel Maccou at BanklessDAO (he's also a co-creator of Cypto Nexus) about how a Decentralized Autonomous Organization (DAO) can "enable permissionless education where teachers become students and students become teachers." Maccou is currently working on Mass Effect, a "knowledge exchange protocol."
If that all seems a bit much, the world of education dismantlers is just focusing on that one term-- permissionless.
Here's the Yass definition of permissionless education: "free to exist and thrive without dependence on regulatory bodies."
From the Center for Education Reform: As Ted Kolderie puts it, innovation is letting people try new things, without having to prove it already works. In other words, without permission.
And here's Adam Peshek at Permissionless Education explaining that proposed schools shouldn't have to produce a bunch of reports for government or investors or anyone else (also, interestingly, noting that charters have not turned out to be laboratories of innovation at all, and that's why we need to let other avenues grow.)
The main thread is simple enough. "Innovators" should be free to try whatever they think might work, which would be a more acceptable idea if we were talking about new frontiers in toaster design. But we're not talking about toasters--we're talking about letting folks experiment on young humans.
Permissionless is about being unaccountable, about not having to answer to anybody. Which is just one more variation on the old Koch-far right search for a government-free Land of Do As You Please.
Education--particularly public education and all education being paid for with public tax dollars--must be accountable, and not just to the "consumers" in the "marketplace" (though they do in fact deserve assurances that they are not "buying" toxic junk), but to all the members of the society into which those students will be emerging.
In fact, I suspect you'd find many people on any side of the various political divides who would stand up and say, "Yes, I am opposed to accountability and think schools should not be held accountable in any way." No, nobody would say that. Which is why we've got education dismantlers saying "permissionless" instead.

Posted by Peter Greene at Saturday, September 17, 2022
Email ThisBlogThis!Share to TwitterShare to FacebookShare to Pinterest