Writing for The Hill, Andrew Koppelman outlines a time bomb set by Justice Samuel Alito in one of his opinions, and while Koppelman doesn't connect it to education, I can read this particular writing on the education wall.

Koppelman is a law professor at Northwestern University and the writer of Burning Down the House: How Libertarian Philosophy Was Corrupted by Delusion and Greed, so you can see where he's coming from. 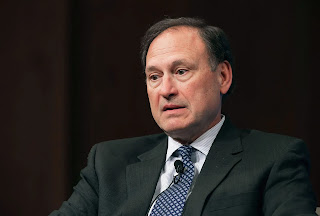 The time bomb was set back in the 2014 Hobby Lobby decision, in which SCOTUS found that Hobby Lobby did not have to provide contraceptive coverage for their employees, arguing that the Religious Freedom Restoration Act meant that "religious objectors" were exempt from federal law unless the burden on them "is necessary to a compelling government interest. Koppelman explains the bomb:

There was already an accommodation for religious nonprofits, which used an alternative mechanism to guarantee workers the disputed coverage. If that program were extended to Hobby Lobby Stores, Justice Alito wrote for the court, the impact on its employees would be “precisely zero.”

But Alito did not stop there. His opinion mused that the “most straightforward way” of providing coverage “would be for the Government to assume the cost of providing the four contraceptives at issue to any women who are unable to obtain them under their health-insurance policies due to their employers’ religious objections.” He rejected the Obama administration’s claim that “RFRA cannot be used to require creation of entirely new programs.”
That sentence came back to haunt us in this year's case Braidwood Management v. Becerra--that's the one in which employers argued they shouldn't have to provide insurance that covers HIV, contraception, HPV vaccine, counseling for STDs and drug use because that would make them "complicit" in homosexual activity, sex outside of marriage, and drug use.
The plaintiffs found a friendly Texas judge who invoked the Hobby Lobby decision:
Alito’s dictum was the basis for Judge O’Connor’s decision last week. Quoting “Hobby Lobby,” O’Connor wrote that the Biden administration had not “shown that the government would be unable to assume the cost of providing [HIV preventive] drugs to those who are unable to obtain them due to their employers’ religious objections.”
Boom--no coverage.
In Hobby Lobby, Justice Kennedy had expressed concern that the reasoning could force all sorts of new programs on the government. Justice Ginsberg feared that there would be no "stopping point to the 'let government pay' alternative. Suppose an employer's sincerely held religious belief is offended by health coverage of vaccines, or paying minimum wage, or according women equal pay for substantially similar work?"
Or, I would add, suppose their religious belief is offended by students from the Wrong Background or whose parents aren't properly married, or a whole laundry list of reasons to discriminate against students. Kennedy was worried about decisions forcing the government to create new programs, but when it comes to education, the government program is already in place--public schools.
So Alito's time bomb could be used for any sort of "sincerely held" religious-based discrimination that charters or voucher-collecting schools care to impose. "Well, they can always just go to public school," becomes a free pass for any sort of discrimination, bigotry and repression they care to indulge in, and public schools become a dumping ground, resources stripped for choice programs. Not that this isn't already happening (see here and here), but Koppelman's argument suggests one more legal protection for this twisting of the promise of public education.
People of faith ought to oppose this sort of reasoning. When "sincerely held" religious belief becomes a free pass for all manner of misbehavior, it's only a matter of time before religion becomes overrun with scam artists and grifters who find it convenient to suddenly develop "sincerely held" beliefs. Same as it ever was.
Posted by Peter Greene at Tuesday, September 27, 2022
Email ThisBlogThis!Share to TwitterShare to FacebookShare to Pinterest