Praying Coach Is Too Busy For His Old Job

You remember the case of Joseph Kennedy, the Washington state football coach who wanted to hold public prayers on the fifty yard line even though his school district said, "Don't." You remember that the case made it all the way to the Supreme Court, where the court decided in the coach's favor in a decision that required a willful ignoring of the actual facts of the case.
Justice Gorsuch wrote in his decision:
Respect for religious expressions is indispensable to life in a free and diverse Republic—whether those expressions take place in a sanctuary or on a field, and whether they manifest through the spoken word or a bowed head. Here, a government entity sought to punish an individual for engaging in a brief, quiet, personal religious observance doubly protected by the Free Exercise and Free Speech Clauses of the First Amendment. 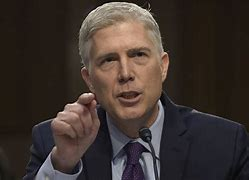 It's such a mischaracterization of the facts of the case one has to wonder, if Gorsuch is correct, how such a case could have been decided so incorrectly by lower courts.

The answer, as laid out in detail in a dissent by Justice Sotomayor, is that Kennedy's "observance" was not brief, quiet, or personal. As Sotomayor writes

Official-led prayer strikes at the core of our constitutional protections for the religious liberty of students and their parents, as embodied in both the Establishment Clause and the Free Exercise Clause of the First Amendment.

To the degree the Court portrays petitioner Joseph Kennedy’s prayers as private and quiet, it misconstrues the facts.

Also, after noting that the majority just threw out the Lemon test, she writes

In addition, while the Court reaffirms that the Establishment Clause prohibits the government from coercing participation in religious exercise, it applies a nearly toothless version of the coercion analysis, failing to acknowledge the unique pressures faced by students when participating in school-sponsored activities. This decision does a disservice to schools and the young citizens they serve, as well as to our Nation’s longstanding commitment to the separation of church and state. I respectfully dissent.

The dissent uses pages to lay out the many details of how Kennedy was not quiet or brief, including his invitations to opposing teams to join in, and that very special time where he went out and led a student prayer right in front of the administrator who has just asked him not to. Why the District didn't just fire him for insubordination I do not know.
In the end, SCOTUS ordered the district to reinstate Kennedy as coach even though they had never fired him in the first place--he'd simply failed to reapply for the job and subsequently played victim; it didn't matter, as Kennedy's lawyer kept saying he was fired, and Justice Alito also said he was fired. But SCOTUS said he had to be re-employed, his lawyer threatened to spank the school district if they didn't, and Kennedy said he'd be back the instant they sent word.
He was sent reinstatement paperwork at the beginning of August. But now the fall football season has come and--twist!-- Kennedy is nowhere near Bremerton. Danny Westneat at The Seattle Times has been tracking his busy fall:
Instead, as the Bremerton Knights were prepping for the season in August, Kennedy was up in Alaska, meeting with former Vice President Mike Pence and evangelist Franklin Graham. On the eve of the first game, which the Knights won, Kennedy was in Milwaukee being presented with an engraved .22-caliber rifle at an American Legion convention.

The weekend of the second game, which the Knights also won, Kennedy appeared with former President Donald Trump at the Trump National Golf Club in New Jersey. He saw Trump get a religious award from a group called the American Cornerstone Institute.

Coming up this month, Kennedy’s scheduled to give a talk as part of a lectureship series at a Christian university in Arkansas.

It’s an increasingly surreal situation for the Bremerton schools. They were ordered to “reinstate Coach Kennedy to a football coaching position,” according to court documents. But the now-famous coach is out on the conservative celebrity circuit, continuing to tell a story about “the prayer that got me fired” — even though Bremerton never actually fired him.
Read the full Seattle Times piece if you need to raise your blood pressure a bit.
So given the choice between doing the job he sued over, or making the circuit as a celebrity martyr, Kennedy has chosen the latter. If there was ever the slightest shred that there was a real matter of principle at the heart of this case, it should evaporate. Just one more excuse to batter the wall between church and state.
Posted by Peter Greene at Saturday, September 17, 2022
Email ThisBlogThis!Share to TwitterShare to FacebookShare to Pinterest