I know I've said this before, but this time I have a picture.
Forbidding teachers to bring sexual orientation and gender identity into their classrooms is a hopeless cause. Yes, even and especially when talking about K-3 or K-5.
Children's books are loaded with families, which is not surprising--families are a huge part of a child's world. However, every one of those books says something about how families are built. That's why conservatives had a small cow over a married pair of lesbian polar bears on Peppa Pig--because even though their sexual identities and gender roles are not discussed at any length, the mere fact that they exist in the show means that they might shape a child's idea of what is ordinary.
What's ordinary in traditional books? You've got series like the Little Critter books or Classic Clifford (we have not yet dipped into new, improved, tv-derived Clifford), where Mom stays home (usually in an apron) and Dad goes to work. There are more mysterious books like the Llama Llama books, where dad is not in evidence because Mom is the actual caregiver of the child. As a stay-at-home father, I appreciate the occasional book in which it's ordinary for the dad to be staying home, doing the laundry, making the meals, etc etc etc, but they're rare. For that matter, we get pretty excited when we find a book about twins. And you will never see the kind of excitement that you get when a little sees their own name in a book.
Because it's nice to look in a book and see your own life.
Children's literature tells them what is ordinary in a family all the time. It shows them what is ordinary in sexual orientation and gender identity all the time.
I've made that argument often, but this week I was reminded that it's more than that. Here's a paper that the Board of Directors brought home from kindergarten. 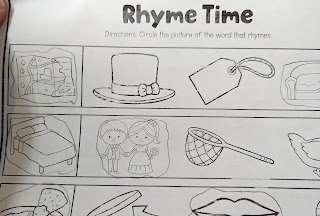