I have reached the point where I really appreciate a website that says "We are here to promote the right wing education agenda," rather than one like Chalkboard Review* that leads with lines like "Everyone is a stakeholder in education" and "Educator perspectives are diverse and necessary." This is, to put it gently, not actually true about this site, which is clearly fully tilted to the right.

First hint. The top of the home page menu is a link to their Critical Race Theory Toolkit, which includes sections like "How to advocate against CRT" and "Evidence of CRT in Schools." That evidence includes items like the National Teachers Association's guide for culturally responsive lesson plans. 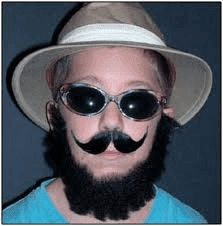 Second hint. Their very first post back in January of 2019 is entitled "School Choice Also Gives Teachers Like Me More Choice." It's by Daniel Buck, a teacher in Wisconsin who writes for the Foundation for Economic Education and The Federalist. Of The Closing of the American Mind he says, "The Bible taught me how to live but that book taught me how to think." He started his teaching career in 2016 in Green Bay public schools before switching to the Holy Spirit Catholic School. He's not a union guy.

Third hint. They run a podcast. The latest episode features Corey DeAngelis, one of the more pugnacious choicers out there.

Fourth hint. Well, let's look at the "about us" tab.

Turns out that Daniel Buck is the co-founder and editor-in-chief of this operation. He co-founded it with Tony Kinnett, who is, since July 2020, the District Science Coordinator & Instructional Coach at Indianapolis Public Schools. Before that he was Head of Biology at Lawrence North High School in Indianapolis for the 2019-2020 school year. Before that he taught two years at Knightstown Intermediate School. He did his student teaching in the first part of 2017, culminating his undergrad education at Maranatha Baptist University.

Where geography may have separated these two guys, ideology seems to have connected them. They both write for the Federalist, the Foundation for Economic Education, the conservative Washington Examiner, and the Lone Conservative, a platform for conservative college students.

Director of Operations Adam Burnett is another Lone Conservative guy, who studied journalism at Illinois State and enjoys, in his free time, exercise and working on cars; favorite authors include Ted Cruz and Ben Shapiro. His Twitter account lists him as the press secretary for the Texas Public Policy Foundation.

Director of Social Media Quinn Weimer has logged some writing with CNSNews ("The right news. Right now.") Their podcast producer is Alison Heape, who just last summer became a Distinguished Doctoral Fellow at the University of Arkansas Department of Education Reform, and started this fall as music teacher at Anthem Classical Academy; her music teacher undergrad work was done at Bob Jones University. Managing editor Lou Scataglia also wrote for the Lone Conservative, including an unironic piece entitled "President Trump's Top Ten Tweets" The site writing staff includes Paul Rossi, the teacher who was canned by a private NYC school for accusing the school of indoctrination.

Their Content Producer for K12 Public Education is Stephanie Edmonds, who's an interesting choice. Edmonds has quite the track record, most recently scoring lots of press for her anti-vax martyr stance that she says is deeply rooted in her Jewish faith (did she also refuse her other vaccination requirement for teachers). Before that she was heavily open the schools (because a vaccine is available). She has a big brand online, complete with an occasional Bronx accent, with folks occasionally called on her stuff and pointing out that she's from Connecticut's Gold Coast. She started teaching in 2016, so she fits the age group here. When she lost her job over her anti-vax stance, Chalkboard Review set up a Go Fund Me for her, after which they apparently decided to give her a job.

Fifth hint. Following the founders podcast appearances, we find items like Tony Kinnett appearing on a podcast to tout the new site. It's not so much "let's have a diverse conversation" as touting a "new website that will counter the lies spewed by teachers union-dominated educational media."

Let me be clear--there is absolutely nothing wrong with some right-wing twenty-somethings getting together to get on the interwebz and advocate for their views about a cause. They mostly seem sincere enough, if not exactly well-informed on the subject. What they clearly are not is balanced or diverse in their perspective--which again is absolutely their right, but I just wish they went ahead and owned their rightward tilt as clearly as they do over at their various other projects.

Pretending to be a source for balanced and diverse viewpoints on education has been a popular strategy since these folks were on a grade school playground. They clearly know what they're here to do (basically pick up the mantle of the original Education Post) and they might as well own it. When you lie about what you intend to talk about, you call into question everything you decide to say.

*As always, I include links so you can check my work if you don't believe me, but I don't endorse sending this site more traffic.