How I Taught Controversial Texts

So the critical race theory panic has, in many cases, boiled down to a good old-fashioned desire to ban books, most notably in Virginia where, somehow, Toni Morrison's Beloved is being debated (and, I should add, spoiled for those who haven't read it). I am not going to make my argument against banning here, because that's a book in itself. But I am going to talk about what the teaching of these scary texts can actually look like in a classroom. 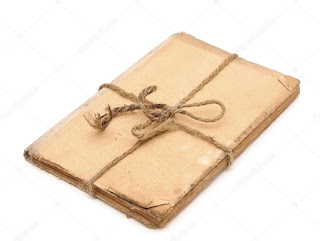 One of the things that inevitably happens when the book banning talk starts is a reductiveness, a highlighting of little pieces, ripped from context in the same way that a seventh grader might start showing his buddies "just the dirty parts" of some book.

For many decades. I taught mostly 11th grade English, including the Honors (pre-AP) class (a class that I originated at our school). As is typical for the junior year in US high schools, the course focused on United States literature, and so there were plenty of controversial texts, including a Toni Morrison novel. And while I pushed the envelope some times, I never in my career got In Trouble for a reading assignment or class philosophical content. I can't say that I know the secret for every teacher, but I can tell you what I did.

I started the year by being up front. "We will be reading and talking about issues of religion, gender, and race," I told the students. "We'll be talking and reading about the many different ways people in this country have viewed the world and how we're still affected by those ideas today. My job is not convince you that any one view is right or wrong, but to get you to understand how they saw things. You can accept or reject their views as you wish."

I repeated that basic formula repeatedly through the year when it was needed. And I lived by it. And I graded by it. Teachers often say that students are welcome to their own opinions in the classroom, but students will wait to see if you mean it, or if this is a class where you get points for agreeing with the teacher. So you have to show them.

This does not mean you pretend not to have an opinion. I couldn't anyway, because my opinion was on the op-ed page of the local paper once a week, but also because I couldn't. What I could do was model rational, fair argument with them and--most importantly--grade their work and writing based on how well they did the job of making their point and not on how well they agreed with me. Once students believe that they really don't have to agree with you, all sorts of good stuff can happen.

Tell them why Huck Finn has been variously banned for being too racist and not racist enough. Explain how radical Kate Chopin was back in the day. Depending on the class, you may find yourself re-enacting it in class (hardly a year went by that some students did not find Edna Pontellier to be a crazy slut). Offer perspectives, but let them wrangle. Let them have the argument in their own voices.

Know what you're doing.

A teacher should always, always be able to answer the question "Why are we studying this stuff." You have to know. My students learned early in the year that if they asked the question I would answer it, and sometimes I would answer it even if they didn't ask, and mostly they just stopped asking because the point of the question was to throw me off. But it goes back to the trust thing--time is a valuable thing, even when you are 16, and nobody should be knowingly wasting it.

Embrace both where they are and rising and advancing.

There's a great Ron Swanson line that we quote repeatedly here at the Institute-- "I have the toes I have." Meaning, we are where we are, and you can't live the life you wish you had--only the one you have. Students are where they are. Despite all the panic over teacher indoctrination, the fact is that you will rarely budge the needle on the beliefs that they bring from home.

But I also believe that everything that rises must converge. If they can develop the habit of inquiry, discussion, debate, exploration, questioning, then I believe that they'll increase in understanding. Maybe not till way later, but still. This is what I object to most in the CRT panic movement--the idea that children's curiosity and growth should be clamped down so that they never have a thought or idea that their parents don't approve of. That's not healthy (and most of those parents will eventually find it blows up in their faces).

None of this means you can't challenge student beliefs. But I deliberately let go of the notion that I was going to fix them, or condemn them for believing things they may someday grow out of. Doesn't mean you have to approve of the worst stuff (and I've encountered some awful stuff). Hate the sin, love the sinner, or whatever version of that you prefer.

One of the advantages of a smallish school is that nobody ever walked into my classroom with no clue about what was going to happen. And my classroom routine always included lots of ploughing the road for coming attractions, so that nobody was ever caught flatfooted. The reading list was in their hands at the end of the previous year, so families had lots of time to consider what was coming (and sometimes dropped for a class without all those texts).

This idea also applies to your administration. If you can help it, never let your administration b e surprised by a phone call from an angry parent. My bosses always already knew what was on the reading list and what potential issues came with those works. If you're worried that telling your admins what you're about to do might result in them telling you not to do it--well, better finding out now than when some angry parent wants your hide, because they surely won't back you up then.

All of the above happened before we ever got to Morrison's Song of Solomon. So by the time we got there I could say, "This book is a solid R rating, with language and images that are suitable for grown-ups, and I trust you to be able to handle it like grown-ups." Don't get out the scary stuff before you've built an environment of trust, respect, and safety.

I always offered the option for alternative selections. I was only ever taken up on it twice. Both times, the students relented (in one case, taking a sharpie to black out all the naughty words). But I still offered an alternative every year because I knew aspects of the novel might be outside some students' comfort zones. But they always rose to the challenge.

I could pull quotes from Song of Solomon that might shock and alarm some folks, particularly if I presented them in such a way that you imagined me just putting that quote up on the board without context on the first day of school; that would be a great technique if your goal was just to get me to ban the book. And sure, there are some things out there that no amount of context could redeem (because there are over three million teachers in this country and on any given day, one of them, somewhere, is making a dumb choice). But in the hands of responsible professional educators, a controversial text can illuminate and educate and challenge and foster growth (even if not exactly a direction one might have predicted).

You may still want to join the crowd electing a governor so he can ban a book because reasons, but this is yet another time in the world of education where it would be more useful to talk about what is actually happening in schools instead of trying to sow, water and fertilize seeds of panic.