One feature of modern ed reform over the last couple of decades has been the attempt to "disrupt" teacher pay. I have an idea, or at least a thought experiment.

Many education disruptors have noted that it seems unfair to pay "good" teachers and "bad" teachers the same amount. To be honest, that thought has occurred to one or two teachers as well. Meanwhile, not a day goes by that some civilian doesn't argue that teachers only work nine months out of the year, so they should get lousy pay. 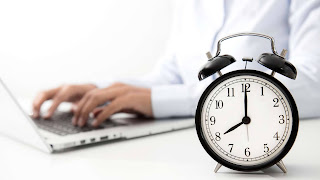 A variety of alternatives have been proposed and tried. Attempts to link pay to quality flounder because there is no reliable objective way to measure teacher quality so we end up with systems that link teacher pay to test score, resulting in an unfair, complicated, demoralizing mess. Merit pay bonuses are great except that 1) they're invariably tied to a really low base pay and 2) they never work. Also, see above problems with measuring merit. And the problem behind all of these stabs at teacher pay systems is that the goal is to reduce total personnel costs for a school.

That personnel cost level drives some people from the business world crazy. My district had a board member years ago who ran a concrete business, and the high percentage of district expense that went to personnel drove him crazy, because in private industry, that's just not how it works.

But if our goal was to come up with a better way to pay teachers, and not just cut costs, I think I've got one. And I stole it from the legal profession.

Teachers would have to get over the loss of being salaried employees, but school districts would have to start thinking about what they're actually paying for instead of operating on the assumption that if teachers aren't in front of students, they aren't Doing Any Work.

It would require administrators to be more thoughtful about how they waste teacher time. Want to have forty-seven after school meetings, or drag teachers into pointless PD sessions? Fine--but you have to pay for it. Need teachers to show up before actual report time in order take care of morning clerical stuff? Pay for it. Want a teacher to watch a study hall or patrol the parking lot? Sure--but you'll pay for it. Maybe you'd rather hire some lower-cost personnel to cover non-teaching duties.

For teachers, this would give some control over their own personal and professional lives, because they get to decide about the trade-off. Now we have a system where teachers are told to feel an obligation to give their infinite all in exchange for a flat rate. Under a billable hours system, you can still decide to give up your weekend to read about the influence of Poe on modern gothic literature, but you make the choice knowing you will get paid for it instead of simply doing it to try to fight off a heavy blanket of guilt.

Could a system like this be gamed? Sure--but from a district point of view, this is a plus. To game the current system, a teacher just does less (like my not-very-respected previous colleague who never, ever took a piece of paper home). To game a billable hours system, a teacher would have to do more work--a win for the district.

Would districts be incentivized to screw over older, more expensive teachers? Probably--but we're living in that world already. Would some teachers hate the idea of having to punch a clock? Probably. Personally, I'd still have liked knowing that I wasn't donating hour after hour for free.

There would be critical nuts and bolts to work out, like a reasonable hourly rate--that part would be huge, because this system must not end up requiring teachers to bill 100 hours a week just to make a living wage. How to pay coaches and extracurricular advisors, who currently make anywhere from $100 to $0.02 an hour. Monitoring the hours in a way that provides accountability without treating teachers like children (always a challenge for the education system). And maybe a way to index the hours to other factors, like, say, number of students in a class. Teacher contracts would have to be changed to a model that contracts for a certain base number of hours.

The big drawback for districts would be giving up what they quietly love about traditional teacher pay grids-- being able to know fairly precisely what next year's personnel costs will be. Billable hours would make that figure a little harder to predict. And, if cutting personnel costs is your goal, well, it would not reduce personnel costs at all.

But for teachers? More control of your life. Bosses forced to respect your time (if not you).

I'm not expecting anyone to try this any time soon, and it's in no way a perfect set up, but it's fun to think about. If someone in your neighborhood has done more than think about it, please let me know.