This article ("Why Private Equity Keeps Wrecking Retail Chains Like Fairway") has been sitting on my desktop since late January, which is now, of course, roughly ten years in our collective past, but it's still worth a look. It's not about education, except that, given the deep and abiding love that hedge funds have for charter schools, this is absolutely about education.

Jordan Weissmann at Slate opens with

The list of retailers that have been bought and wrecked by private equity firms keeps on growing. This week, the beloved New York grocery chain Fairway filed for its second bankruptcy in less than four years and announced plans to sell off its stores, thanks to a disastrous run of mismanagement by a series of buyout shops. It’s on a list of casualties that now includes Toys R Us, Payless Shoe Source, and Sports Authority, among many others. That’s on top of financially troubled names like Neiman Marcus that have managed to avoid Chapter 11 or liquidation (so far). 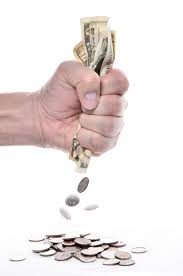 Since January, Neiman Marcus has lost its bid to avoid bankruptcy. So add them to the list of retailers who died, not because they lost some sort of imaginary battle with Amazon.com or other online retailers, but because they were owned by hedge funders who had far less interest in running a business than they had in draining its resources. Even when you find a retailer who has gone under because of failure to keep up with the competition, like Sears/K-Mart  (Oh, look! There goes J C Penney's), it's useful to look more deeply at why they can't compete-- like, say, investors draining the resources that could have been used to keep the business current.

Weissmann proposes three reasons that we keep seeing these stories, and the reasons tell us plenty about how the hedge fundies behave.

In other words, one way to make money is to just smash and grab, to perform the corporate equivalent of bad house flipping- buy cheap, invest in some cheap cosmetic improvements, sell big. This helps explain why so much of the charter biz is actually real estate biz. Like house flipping, these business deals can occasionally work out (Weissmann points out that Dollar General was saved by hedge fundies), but in the school-flavored charter business, there's nothing to save. So we get lots of charter schools that are really tools for milking profit out of a piece of real estate.

Or metro newspapers. When a business is struggling anyway, throwing a bunch of debt and bean-counting into the mix is not helpful. The hedge funders who get into the charter biz are actually trying to create disruption and instability and then profit from it, which seems like a tough trick to pull off.

People like free money, which is understandable. It's easier to try some janky investment scheme if t doesn't cost you much to get in the game. This is even truer in the charter biz. Maybe you can get your legislature to pass some of those rules that say taxpayers have to give your charter classroom space for free. Maybe you can get the taxpayers to foot the real estate costs. Barring that, there's the Community Tax Relief Act of 2000, which has this cool part that lets you double your investment in just seven years. It's the hedge fundies' favorite kind of risk--the kind where they shoulder very little of the risk themselves.

None of this stuff is the kind of free market competition that will make us all better that we were repeatedly promised. This is not the rising tide that lifts all boats. This is not even rescuing students trapped in their zip code. This is just figuring out ways to get money squeezed out of a business sector.

Weissmann notes that not all private equity is bad, and that's totally fair. Responsibly harnessed, private equity even occasionally makes things better. But it's not about taking a business and becoming so expert in the field that you can do better. In fact, it's axiomatic in the buy-up-companies world that management is management and it doesn't really matter what, exactly the company does--the point is to get a good return on your investment. And the humans involved are just numbers on a spread sheet. Why would anyone believe that such a philosophy would serve US education well?


Posted by Peter Greene at Tuesday, May 12, 2020
Email ThisBlogThis!Share to TwitterShare to FacebookShare to Pinterest