The first student death I ever experienced was when I was in fifth grade. Betsy was a kind sweetheart of a girl, but suffered from a cruel variety of health issues. One Monday we came back to school, and she wasn't there. Through the day, the word spread that she had died over the weekend. It was a rough day.

Over the years of teaching, there were several student deaths. Suicide. Auto accident. Substance abuse. Illness. Over thirty-nine years, way too many examples. 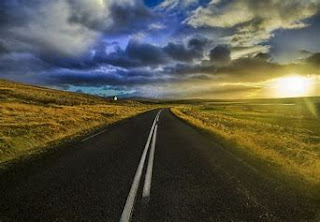 There's a pattern that these shocks to the system usually follow within the school itself, ways that the school community collectively reacts that is both part of and somehow beyond the individual reactions.

There is the initial, brutal shock, particularly if word does not, as is sometimes the case, get out until the school day is under way. For the adults, the gutting knowledge that this was just too soon, that this person was just too young. For the students, the personal loss-- this person is not going to be in my world any more.

It does not hit evenly. We are not all in it together. For some, the person who's gone was in the close circle, for some, a school acquaintance, and for some, just a name, a face in the hall. Teens, being teens, struggle with their own reactions. Should I feel more? Am I too sad? Not sad enough? Should I cry? Should I stop crying?

And with all of that, the realization that lies beyond any feelings they can explain-- holy shit, but death is a real thing, and I thought it would happen a million years from now, but it could happen today.

The hard edges of everything soften. Every interaction between the students is laced with a new kindness. This could be the last time we ever talk to each other; it should be something not stupid, not something I'll painfully replay in my head for years if you die tonight. The institution itself loosens up; the most stringent classroom and hallway rules somehow seem less important than caring for the young human's whose hearts and guts are hanging out, bleeding all over the place. The emotional health and well-being of the students takes precedence over everything.

For many staff, and some students, at some point, a door in your head opens up and you start asking harder questions, existential level questions. These kids are worried about death; why am I trying to teach them about prepositional phrases? I'm going to die some day; why am I worried about who sits with me at lunch? As a teacher, you try to go through the motions to keep things as normal as possible, but that just heightens your sense that these are just motions to go through. Maybe one day something about how the stars aligns just stops you, and there are no motions and you open the floor in class for raw discussion of the heavier things that are weighing on minds and hearts (even though you know, and can see, that some students find that discussion really uncomfortable and will prompt them to wonder, again, if they aren't feeling too little moved by events).

Sooner or later, in those first ten days or so, you land on the big questions-- What the hell are we even doing here? What's the point?

Everything that ever seemed wrong about the job, about the way you personally do it, seems to loom larger. You resolve to change those things, resolve to change all the things, resolve to recreate yourself as a new, better teacher. Depending on the kind of leadership you have, officially or unofficially, the institution also resolves to change, to do a better job responding to certain student needs, to do a better job at addressing the kinds of problems laid bare by the event. Committees are formed, officially and unofficially. Resolutions are drafted. Policies are implemented; old habits are broken.

But humans are resilient, and schools are particularly resilient, institutionally made to watch people come and go, but like a human body sloughing off skin cells, to keep their shape. And being thoughtful, mindful, a little bit sad and scared all the time-- that's exhausting and hard to maintain. We buy plaques, establish awards, set up memorial objects precisely because we know that we can't be trusted to keep these memories alive on our own, that we need an object or an event to jar our own memories.

And sure enough; days pass and then time and sunny days and rainy days 'n snow. People laugh again and it's okay. Look at the locker or the empty seat and not feel the icy fist pull at your gut. Someone laughs, and it's okay.

Schools do not grieve like individual humans or like families. Schools do find a new normal, but then, schools are always finding a new normal, hitting reset every fall.

Some of those trauma-fueled changes stick. Some students never lose the closer knowledge of death. Some of it is superficial but important; there's a traffic light at the end of the road where my old high school sits, and the light is named after a student who died in a traffic accident back in the days when there was no signal there, and even though I'm sure no students and few students know who he was, the light itself has saved other lives in the years since. Some programs to help students in trouble persist; some are dropped. Some staff members try to go back to work without thinking to much about it; someone on staff takes up a life of advocacy that would surprise anyone who knew them before the event.

In the moments when the new broke, when the grief first hit with the shock of a tub of ice water, you would have sworn that this would change everything, that nothing would be the same. That turns out to be untrue; after time passes, things at school are, in fact, mostly the same. There are pockets of New Things, some of them powerful and important. But in the first few days after the event, you could not have successfully predicted what the lasting changes would be.

I've been thinking about all this lately as I read the many, many attempts to predict (or market) how completely new and different and transformed post-pandemic education will be. In suspect that, in fact, schools will not look all that radically different after the worst of COVID-19 has passed (no, everyone will not have decided to mothball school buildings and just get their education over the interwebz). There will be changes, and some of them will be significant and lasting, and anybody who thinks they can right now predict what those changes will be is either fooling himself or trying to fool the rest of us, or is just trying to sell something.

That's that other feeling, that sensation that often comes mixed up with grief, the sensation that happens when your foot reaches out or back, expecting to hit a solid step and instead meeting air and for that split second your gut clenches and your heart drops and your nerves fire with the shock of not knowing what will come next-- are you somehow plunging out into an endless dark nothing? But then your foot hits something-- maybe hits it wrong or hard or with an ugly twist, but still, you have hit the same solid planet that has always been there, and now you'll figure out how to walk away.

It's good to talk about what can come next, to talk about what we wish we could see in the post-pandemic world, to examine the errors we don't want to perpetuate, and to be particularly mindful of all that when the rush to get back to the old normal because so many folks are desperate for any kind of mental comfort food. I recommend you write it all down, along with a stern cover letter to your future self explaining, "No, you really, really mean all of this."  Because much of what we're feeling now is going to pass, and what will come after will probably not be as strange and unfamiliar as we imagine it will be.


Posted by Peter Greene at Monday, May 11, 2020
Email ThisBlogThis!Share to TwitterShare to FacebookShare to Pinterest