The Trump administration and the Catholic Church have seemed extra tight lately. And an awful lot of it has to do with public education. 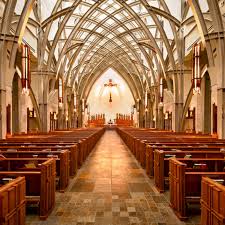 Cardinal Timothy Dolan (New York) took the lead in a fun conference call last month in which Trump, along with Betsy DeVos, swapped personal admiration and what is either some quid pro quo or just a shared love for the notion of shredding public education and replacing it with private religious schools.

Soon after, the cardinal hosted DeVos on his SiriusXM show, where this exchange was reported by Matt Barnum for Chalkbeat:

In a conversation with DeVos on SiriusXM radio, Cardinal Timothy Dolan, the Catholic archbishop of New York, suggested that the secretary was trying to “utilize this particular crisis to ensure that justice is finally done to our kids and the parents who choose to send them to faith-based schools,” including through a new program that encourages states to offer voucher-like grants for parents.

“Am I correct in understanding what your agenda is?” Dolan asks.

“Yes, absolutely,” DeVos responded. “For more than three decades that has been something that I’ve been passionate about. This whole pandemic has brought into clear focus that everyone has been impacted, and we shouldn’t be thinking about students that are in public schools versus private schools.”

None of this is new for the Catholic Church. Google your state's "Catholic Conference school choice" and in most cases you'll be taken to an entire page of school choice advocacy. In Pennsylvania, school choice is on the "hot issues" list, and there are lots of instructions on how to get involved in our state's version of education tax credit scholarships. In Michigan, it turns out that the anti-public ed Mackinac Center and Michigan's Catholic Conference are partners in pushing a state constitutional amendment to promote private school choice. And the US Conference of Catholic Bishops wrote an amicus brief for Espinoza v. Montana Department of Revenue, the case that gives SCOTUS a chance to make it totally legally okee dokee to appropriate public tax dollars for private religious schools.

It should come as no surprise that many of the voices speaking up in favor of the latest DeVosian attempt to send public dollars to private schools are related to Catholic schools. After all--where vouchers exist, their beneficiaries are almost entirely Catholic private schools. That's where most of the voucher money goes. So it can't be a surprise that the Catholic Church has been willing to be quite politically active in support of school choice, particularly in the form of vouchers, even to the point of allying themselves with one of the most spectacularly non-Christian Presidents to ever sit in the White House.

The recent reverse Robin Hood stance of DeVos, who is insisting that relief funds should be going to private schools no matter how wealthy their students are, is irksome because it's not like Catholic private schools are Mom and Pop operations with no possible source of income. They're a wing of a very large, very wealthy organization. In this respect, the Catholic Church mirrors the US as a whole-- if fully supporting and financing schools were really all that important to them, they could go ahead and do it. But instead the church would like US taxpayers to help pick up the tab (including all the taxpayers who wouldn't actually be welcome in a Catholic church).

I suppose we'll see how this shakes out. It's one more reminder that when you mix religion and politics, you get politics.

Posted by Peter Greene at Thursday, May 28, 2020
Email ThisBlogThis!Share to TwitterShare to FacebookShare to Pinterest