NAEP Board Gets DeVosian Additions

Education Secretary Betsy DeVos just announced six new appointees (and one returnee) to the National Assessment Governing Board. These are the folks that oversee the National Assessment of Educational Progress aka NAEP aka the nation's report card aka that big standardized test that everyone tries to use to prove a point every year.

So who did we get? 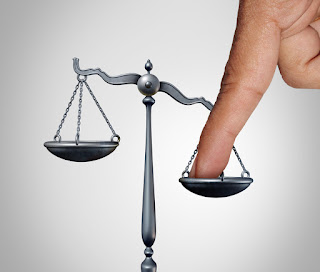 It's the reformster-heavy kind of group you would expect from DeVos. If the Curmudgucation Institute had a graphics department, they would totally be working on some sort of Snow White and the  Seven Dwarfs art.

Whitehurst is, for me, a mixed bag. A Brookings guy (boo) who once did a pretty good job of trying to get DeVos to say non-dumb things about choice (yay), but whose name is also on a "report" that argues we should test more (boo) and that when it comes to teacher evaluation, administrator observations should be more like VAM (booooo).

West is a professor at Harvard's uber-reformy GSE and editor-in-chief of Education Next, the Harvard GSE publication that carries work from the Fordham-AEI-Bellwether axis of reformsterdom. He's a Massachusetts state ed board member, too.

Wright is the chief state school officer for Mississippi, a state that is pretty awful when it comes to education, but they got their NAEP scores to go up, so she's an expert now. She's a Broadie, too.

McGregor is a "business representative" whose day job is the manager of engineering employee development and STEM outreach in the Research & Technology Strategy Group at Rolls-Royce Corporation in Indianapolis and he serves on a school board.

Edelblut is the real clunker here. Businessman, venture capitalist, and one-term state representative, then he ran for governor, lost in the primary and threw his weght behind Chris Sununu, who rewarded him with the education commissioner job. Edelblut has no actual education background; he didn't even serve on an education committee during his single term, and his kids are homeschooled. As commissioner, he has backed all manner of choice and vouchers and has happily signed up for as many DeVosian Freedom Bucks as he can get.

Oh, and Carvalho is the superintendent in Miami-Dade. You know DeVos isn't going to let a Florida guy go.

I have no idea how much mischief this crew can actually wreak, but it's not a group that I'm excited about having close to any educational policy activity. Add it to your list of reasons for not taking NAEP results so very seriously.


Posted by Peter Greene at Wednesday, November 13, 2019
Email ThisBlogThis!Share to TwitterShare to FacebookShare to Pinterest