The Charter Effect On Teachers

Unions, we have been told, have a deleterious effect on  teachers, forcing them to accept lousier deals than they could get in a free market where they each negotiated their own deals. In such a market, schools would compete for teachers, bidding up the salary offers. Teachers could negotiate from a place of strength. No teacher would ever want a union ever gain.

I confess that there was a time when I thought this might be true. Long ago, I thought that whatever their flaws, charter and choice systems would turn popular and successful teachers into sports stars, with schools throwing money and cars and lord-knows-what-else at them. 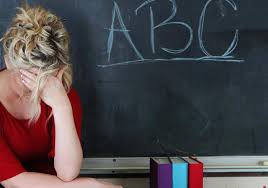 There were several factors I didn't reckon with, the chief one being the degree to which the charter industry would view teachers less like LeBron James and more like Pat the fry cook. I didn't foresee that charterpreneurs would imagine a system where the teacher was just a fleshy bot, a particularly lifelike animatronic content delivery device with a shelf life of only a few years. I failed to realize that a teacher's ability to walk away would be overshadowed by a school's ability to fire teachers for any reason at all.

Over the years the anecdotes kept rolling in to show me how wrong I was. But there was also some actual research, like this report from Public Source in Allegheny County PA (the county that surrounds Pittsburgh). I missed this report when it came out two years ago, but it's worth looking at now.

Public Source did a separate report about charter staff turnover. The turnover is high, and that's destabilizing for students, but charter operators have generally considered it a feature, not a bug. Is it related to teacher pay and job security? That's the question Public Source asks in this report.

They actually start with the question "Will charters and cybercharters honor Right-To-Know requests?" and the answer was mostly, kind of. But that was the data the report had to work with.

So do charter teachers in Allegheny County enjoy high wages, driven by competition? The answer is no. Charters are not filled with teachers who jumped ship from public education because someone waved big money at them. The report did find a correlation between teacher pay and student results, so there's that. But it also found that charter teachers could expect to make less money than their public school counterparts. Median pay for charter teachers was about $10,000 less than the public school teachers in the county.

Charters offered some explanation for low teacher pay, including the idea that charter faculty are mostly newbies, just starting and so gettin bottom dollar (so I guess the old reformy refrain about how fresh, new teachers are better to have than old, crusty teachers does not inform pay scales).

But some charters are coming up with creative ways to handle turnover...

They include pay bumps at the five- and 10-year thresholds and bonuses for teachers who participate in the Teacher Career Pathways program through which they seek ways to have impact beyond their classrooms by helping to coach or train colleagues.

So a pay scale that you move up as you stick around. Also, extra pay for extra duties. That is completely not revolutionary, and as noted before, seems to fly in the face of the reformy notion that zippy young teachers make a better staff than crotchety old ones. It's almost as if experience with the school population combined with the stability the school gets from staff continuity- it's almost as if that stuff has real value.

The study also found some charter staffs deciding that they did, in fact, need a union. Not just for issues of pay, but "the lack of job security and the desire to have a voice on issues like curriculum and best practices." As noted by said Carol Mintus, who served as the union president at the former PA Learners Online Regional Charter School [PALO].

When you have teachers who fear day after day for their jobs, they are not able to put the energy into teaching that they need to. If teachers aren't secure, eventually it's the kids who suffer.

The report does not mention the other issue here; if charters are the school of last resort, the school where teachers go to work when they can't find work elsewhere (and remember-- we're in the middle of a nationwide teacher shortage), what does that tell us about the quality of charter schools?

The golden age that charters were supposed to usher in for teachers still hasn't appeared; all indications are that we should not hold our breath.
Posted by Peter Greene at Wednesday, April 17, 2019