Don't Be Fooled By This Proposal To End Testing

Tom Vander Ark has a long and checkered past in the ed reform biz, and he is ready to cash in on the next big thing (he's been ready for a while), which is why we find him at Forbes proposing an end to standardized testing. Just to be clear from the jump-- that's not a good thing.

The article comes in two parts-- a pretty good take-down of the Big Standardized Test, and a pretty weak argument for the next reformster meal ticket.

Good schools know how every student is doing in every subject every day. They don’t need a week of testing in the spring to tell them what they already know. 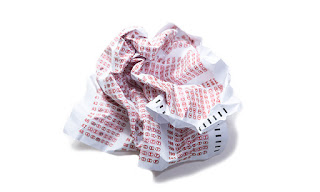 True that. And here's an interesting way to summarize the way the Common Core testing bandwagon ended up in the weeds, while trying to pivot to his new product:

While most OECD countries have sweated validity (good measures of what’s important), the U.S. has been preoccupied with reliability (inexpensive measures of what’s measurable). The development of Common Core State Standards was a national effort to raise expectations and implement better tests. The addition of more writing made the tests longer and just added to the backlash against testing.

One problem with state-mandated tests is that they don’t take advantage of everything teachers know about their students. With the shift to digital learning, many students have experienced a big increase in formative feedback from adaptive assessments, embedded quizzes, and online resources like Khan Academy. All of these new forms of feedback don’t integrate very well (because we still have an interoperability problem) but they set the stage for what David Conely calls cumulative validity.

I'm not sure his definition of validity and reliability hold up well, but you see where he's headed. But then, in the second sentence of that second paragraph, we've left reality entirely. Digital "learning" provides feedback of a "yes, you're correct" or "no, you're incorrect" variety. I'm really uncertain about what sort of feedback one gets from watching a Khan Academy video. But I'm willing to wade through there to get to this idea of cumulative validity.

The basic idea is that if you assess things a large number of times, your cumulative assessment is much more likely to be valid. Measure twice, cut once. That college class that you felt was deeply unfair because your entire grade was based on just two tests.

The thing is, lots of us already knew about cumulative validity. In my own classroom, a typical grading period involved a total of 1,000 points from tests, assignments, quizzes, what-have-you. In those 1,000 points, no single assignment was worth more than 100, and we added more scores many times a week, so by the time you got to the end of a grading period, no student's grade was going to be sunk because of one bad day or artificially high because of one good one. The grade was a pretty good assessment of where those students were. I did that for almost forty years. I did not need special software to do it.

Vander Ark also wants to plug Diploma Networks, a kind of way to run schools as a chain operation with "broader outcome frameworks," and he really doesn't make a case for why this would get rid of BS Tests, other than you would get the state to accept the notion that the larger school chain would offer its own "certification" of graduation. It's actually clever-- in addition to privatizing schools, this is a pathway to privatizing some of the functions of state departments of education.

Vander Ark also assures us that autoscoring by AI will also help and no, no it won't. He suggests that "portfolios of student work can automatically be scored on many dimensions" and that just in the last few months "capabilities have matured enough that with large enough data sets, scoring engines would not require the extensive training historically required." Also, the portfolios can be carried to the computers by yetis riding on the backs of unicorns. AI that can successfully score, say, a piece of writing, has been "practically perfected" or "just around the corner" for decades. It has never arrived, nor has anything arrived to suggest that software designers are even sort of close. AI will not be able to score portfolios-- unless it scores them on stupid things.

It’s time to end a century of standardized testing and focus instead on helping young people do work that matters. We no longer need to interrupt learning and test kids to find out what they know. A couple of brave state policy leaders could trigger what would be a quick change because everyone hates the tests.

True, it is absolutely time to bring an end to the BS Test. It's not really "no longer" true that we need to interrupt learning, because it was never true in the first place. Some politicians who actually wanted to stand up for public education could, in fact, help. And yes, everybody hates the tests except from the people profiting from them directly by selling them and selling the prep for them, and the people who hope to profit from them indirectly by using them to stampede people towards the next damn fool technocratic baloneyfest.

Here's the thing. Vander Ark is right about the tests. He's even right about the general outlines of the solution. But to implement a solution doesn't require more software, more AI, more adaptive mass specialization, more magic tricks that computers can't actually perform, and more money to pay for it all.

Teachers already know how to do all of it. Shut down the test. Step back and let human teachers do their jobs. Keep your personalized [sic] learning and your blockchains and your maladptive AI and the rest of it to yourselves, and just let teachers teach. There isn't anything that needs to be done that can't be done, and done best, by trained professional human teachers.