The ed reform movement has always had a language problem, starting with the word "reform," which does not really adequately describe a movement built on privatization and corporate takeover.

There have been other casualties along the way. I've railed long and fruitlessly about the continued use of "student achievement" and "teacher effectiveness" when what we really mean is "high scores on a narrow standardized test." Most recently we've had "personalized learning," which is not exactly learning and is certainly not personalized.

Now, the reformsters are coming for "freedom." 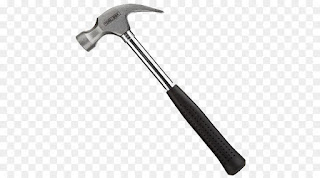 If you want to understand the freedom involved here, it helps to find a libertarian because they are generally willing to say the quiet part out loud. Here, for instance, is Kerry McDonald, a Havard GSE-certified "educational analyst" for both the Heartland Institute and the Foundation for Economic Education (FEE). It's for FEE that she wrote "Compulsory Schooling  Laws Aren't Progressive; They're Inhumane."

McDonald would like to end compulsory attendance laws as a necessary step on the path to educational freedom. Like many in the "freedom" crowd, she sees public education as an imposition. Schools are "assigned," and parents are forced to send their children there. It's fine if communities want to provide a public school, but it is not fine, McDonald argues, to require parent to send their children to them. This is not the comparatively moderate choicer's call for more options; this is a call for the end of any requirement that children be educated. I give her points for being honest; some choice advocates aren't willing to admit that they'd like to make all education optional.

Part of this argument is that public schools are terrible and that enforcement of attendance laws is draconian. The end of compulsory education is freedom only if you accept the notion that attending a public school is some sort of torturous enslavement, an idea that many of us get past once we are not fifteen. There's no question that some truancy laws in some jurisdictions are enforced hamhandedly. I just question whether that's a reason to chuck the system.

But this belief that public schools are oppressive and awful is central to the argument of a McDonald or a DeVos, because we're going to flip the whole notion of public education. Public schools are an awful thing to force children to attend, says this critique, which is flipped from the notion that it is an exceptionally fine thing for a country to guarantee a free education to every single citizen. There are countries where that would be a hoped-for luxury, and other countries where the powers that be work hard to make sure that the citizens have no such luxury. Historically, an education is how you get freedom; only here in the current US do we have people arguing that a free public education somehow deprives citizens of freedom.

McDonald and DeVos are making the argument of privilege. "Kill compulsory education," they say, "and I will have no trouble providing my children with a perfectly good education on my own." It's a true thing-- the children of wealth and privilege will never have to worry about getting a decent education.

There is a lot to love about Libertarianism, but the fundamental problem is that libertarian freedom means that you get freedom proportional to your wealth and power. For some hard-line conservatives, that's a feature, not a bug-- society should be free of rules so that the strong and deserving--the Betters--can rise to their proper place at the top of the heap, and the Lessers can more easily learn to be happy about occupying their proper place at the bottom where they can reap the deserved problems that come with their poor choices and less deserving status.

I've had this argument too many times. What if a family ends up sending their chid to Flat Earth Anti-Vax Academy? The answer is, "So what? They are free to make their choices and raise their kids dumb if they wish." The unspoken part of the answer is, "And if that means they are poor and unemployable and ignorant, well, that's just nature's way of giving them their just desserts. They can tay in the poor part of town, far from our neighborhood, depending on the societal safety net that I really want to get rid of soon. We should probably find a way to keep them from voting, too."

Those folks will be free-- free to sink to their appropriate level in life.

These folks always imagine magical solutions springing up. Writes McDonald, envisioning the end of the public school system: "In its place, a decentralized network of educational opportunities (including, but not limited to, various types of schooling) would unfold, fueled by visionary parents, educators, and entrepreneurs." Maybe. But history tells us that we'll definitely see frauds, snake oil salesmen, and a bunch of people who don't pursue any education at all. Again, the hard right argument is, "So what? People who get bilked will suffer the consequences they deserve, and at least we'll all be free."

There will be parents who lack the resources to navigate such a non-system system, many who have trouble coping with the pile of advertising and PR that would crop up, many who want the best for their children but lack the skills to find it, and many who just give up. That's before we even get to the Just Plain Terrible Parents, who are by far a tiny percentage of total parents-- but they exist (every teacher can tell you horror stories). Any system that does not have someone beyond parents to look out for the best interests of children is mistaking neglect for freedom.

Of course, there's another freedom being invoked here-- the freedom to not have to pay to educate Those People's Children. "I can take care of my kids. Why should I have to pay to finance the schooling for some kid whose parents have made lousy choices and ended up poor?"

I do get it. There is a tough balance between freedom and dignity, and there is a point at which we rob people of their voices and liberty in the name of "helping" them. In fact, ironically, the wrong side of that line is also displayed in the charter school universe when reformsters insist on telling poor communities what those communities need without actually listening. But public education is not close to that line, but rather is uniquely structured to be responsive, to amplify voices.

Public education is a tool for freedom, not an instrument of oppression. Has it been twisted and misused at times? Certainly, and that to the extent that its true mission has been ignored. A hammer can build a house or smash holes in one, but you don't fix the problem by handing someone a sponge and saying, "This is a hammer. You are now free to build any kind of house you want."

Freedom is, and has always been, related to the resources at your disposal. Public education is one example of how government can even that playing field, to pool resources and make them available to people who would otherwise have far less to operate with. Dissolve the pool, leave everyone to their own devices, and yes-- those who have more will be freed of the cost of helping their fellow citizens. For everyone else, there will be little benefit to their new condition. You can call it freedom; you can call war peace and you can call ignorance strength, too. You can call the promise of a free public education for every citizen some sort of oppression. But repeating twisted language does not make it so.
Posted by Peter Greene at Tuesday, April 09, 2019