The core idea of every version of a school choice program is that students and their families will choose wha schools to attend. The anecdotal evidence has called that into question time after time, suggesting that it is schools that get to choose what students they will or will not accept. This happens not necessarily through direct rejection, but by a hundred little obstacles. An application system that requires savvy and commitment to navigate. Marketing that makes it clear which students are welcomer and which are not. Experiences, like an unending string of disciplinary actions, that encourage parents to look elsewhere. 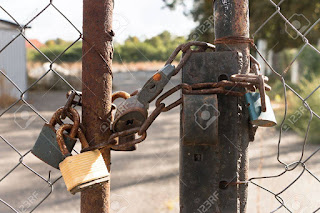 We now have more evidence that choice systems lead to skimming of students, that school choice really means school's choice.

"Education for All?" comes from Peter Bergman (Columbia University) and Isaac McFarlin (University of Florida), and it shows that schools do engage in some selection, even by putting small bits of what the authors call "friction" in the path.

The design was simple; the experimenters sent out fictitious e-mails (6,452 of them) to various schools requesting information about how to apply to the school. Some emails included indications that the student had a special need, disciplinary issues, or either high or low prior academic achievement. Then the researchers tallied up the responses. Here are some of the results.

The sexy headline result is that schools are less likely to respond to students who might be harder to educate. That includes both public and charter schools.

Some of the details of further interest.

Strong students, with good grades and attendance, didn't draw extra help or responses. There was no indication of that sort of creaming from anyone.

In one respect (which may come as little surprise to those who work in schools), everyone sucks-- the baseline rate of response was 53%. So barely half of these families reaching out for a little help navigating bureaucratic baloney got any sort of help at all. Nearly half got nothing. That result isn't very sexy, but to me it's important and not very admirable.

Those results are true for what the study calls "high-value-added' schools, aka "schools with high scores on the Big Standardized Test." Specifically. no excuses charter schools are even less likely to respond when the student has "significant disability."

Other alarming results include the finding of different responses rates based on "implied race of the family" with a hint of bias toward Black families and a stronger bias toward Hispanic-sounding names.

The other implications considered by the authors are not just the implications of bias, but the practical implications for lottery systems of admissions (and studies thereof). The study offers solid evidence that the admissions process is broken. And this time it's not simply anecdotes.
Posted by Peter Greene at Tuesday, January 01, 2019