Four Reasons Charters Are A Bad Fit For Rural Communities

For just a moment, I'm going to set aside the larger problems of charters and privatization nationally. Charter advocates and education reformers have recently turned their attention to rural communities. Last summer, Mike Petrilli (Fordham Institute) unleashed one of his wide-release op-eds to point out the "problem" of "charter deserts"--those markets where charter schools have made few inroads. Andy Smarick and Mike McShane just released an entire volume of essays about rural education, and at the 74, Arielle Dreher published a thoughtful piece about one of the tensions inherent in rural education--are schools supposed to educate students to revitalize the local community or to escape it? 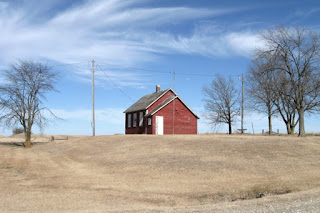 There are fewer than 800 charter schools in the rural parts of this country, and some advocates of choice are anxious to open up that untapped market. But there are some reasons that charter schools are particularly bad fits for rural areas.


Rural Schools Are Part Of The Heart Of Their Communities


My children went to school in a tiny village where the two central institutions were the elementary school and the volunteer fire department. In rural and small town areas, grown adults still identify themselves by what high school they graduated from. Sporting events, school concerts, art displays--these are attended by all sorts of people who are not actual parents of the participants. Launching a charter school in this setting is about as welcome as having a guy move into the house next door and inviting your children to call him "Dad."


One does not remove a few hundred thousand dollars from a rural school budget without really feeling it. Most rural districts are lean operations already, without fifteen jobs like Assistant Vice-Superintendent in charge of Paper that can be easily absorbed. Transportation may be a huge chunk of the budget, and there really isn't any way to tighten that particular belt. The minute a charter starts "redirecting" tax dollars away from a rural district, that district will feel the hurt.


Rural Communities Are Not Always Easily Entered By Outsiders


This is not to suggest that every rural community is straight out of Deliverance. But city folks often drastically underestimate how important it is to know the territory. Every small town can tell a story about some city big shot who rolled into town and thought he was going to institute sweeping changes, only to fall flat on his face.
In part, there is no mystery here. Someone who is a big-time operator in New York City would not imagine that he could just stroll into Chicago without first studying the lay of the land and getting connected to the right people. Why imagine that moving into a small town would be different. If anything, a small town is more difficult, because everybody knows everybody. True story: a sharp operator moved into our area as operator of the hotel in town and planned to make it the arts hub of the area. He planned to kick things off with a big festival featuring choirs from all four area high schools and to do that he called each director and told her that the other three were already on board. Those choir directors were neighbors and sang in the same church choir; his lies didn't help him get launched. Even when they are honest, outside operators have a hard time moving and shaking in rural areas.


Charter operators have a history of bypassing the local community they enter, of doing charters to the locals instead of with them. In cities where the power centers may be located far from the neighborhoods in question, that may be successful. In rural areas, it's less likely to succeed.


Charters are launched with primary attention to business concerns, not educational ones. It is more appealing to launch your charter business in a city with a half a million potential customers than a rural area with five hundred potential customers. Rural areas offer little in the way of the attractive real estate deals that have powered some urban charters. Nor do rural areas have large numbers of wealthy backers willing to help finance a charter operation. If you are hoping, directly or indirectly, to make some money running your charter, there are riper markets to approach than rural ones. Even if you hope to do good, but want to be sure you have a solid financial basis, there are better places to launch than in a rural area.


The small community of Tidioute, Pennsylvania, lost its public school due to budget cuts in the larger district of which they were a part. So to keep the heart of their community intact and their children's education local, they re-opened their local school as a charter school, operated and controlled by local folks.


It is the one approach to rural chartering that makes sense--a local school under local control created to meet a local need. That's a good charter.
Originally posted at Forbes