Part of the impetus behind modern education reform is the idea that more of the education system should be operated by businesses. Many merits and drawbacks of that approach continue to be debated, but one aspect is rarely discussed. Modern business is multinational, so we need to ask--how much control of our educational system do we want to send outside of U.S. borders? 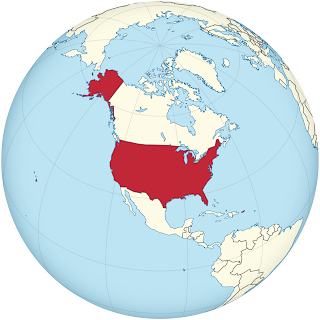 Charter schools have been one path by which foreign nationals can become involved in the U.S. education system. The most notable example is the schools of the so-called Gulen charter chain. The Sunni imam Fethullah Gülen (who is almost always awarded the adjective "reclusive") moved to the U.S. in 1999 for medical treatment. Within a decade, he had created a wide-ranging group of charter schools. The chain has been used to issue H-1B visas to large numbers of Turkish nationals to come to teach; numerous reports claim that they are also expected to kick back part of their salary. The schools are also accused of funneling money to groups such as Gulen-linked construction companies. While some conservative critics worryabout Gulen schools as indoctrination centers, many others are concerned that the Gulen schools are using U.S. taxpayer dollars to fund a government in exile. At the very least, Gulen schools put U.S. students in the middle of a foreign power struggle; the Erdogan government has actively worked to undermine the chain, and the 2016 Turkish coup attempt was blamed on Gulen.


That's just one charter chain, but it's one of the largest chains in the country, with as many as 150 schools (not all schools are eager to advertise their Gulen connection, so counts vary). But in most states, charter schools are run as businesses, allowing for investors and operators from across the globe.
The explosion of education technology has opened other pathways for foreign influence in U.S. public education and raised some important questions. In April, writing for EdSurge, Jenny Abamu asked the question "What Happens To Student Data Privacy When Chinese Firms Acquire U.S. EdTech Companies," and the question is not rhetorical. This year the Chinese company Netdragon acquired Edmodo, an education learning platform, for a hefty $137.5 million. Speculation is that the acquisition has far less to do with Edmodo's revenues (which have been described as"struggling") and more to do with the 90 million users and the data they have generated. If data is the new oil, then many ed tech companies are sitting on rapidly filling tanks that will attract attention from businesses all around the globe.
Chinese firms are working hard to get a piece of the ed tech pie (one analyst predicts that the analytics sector of ed alone will be a $7 billion business by 2023). Squirrel AI Learning, one of the biggest ed-tech companies in China, has hired experts from Knewton (previously an AI partner of Pearson) and just announced that it was bringing on Tom Mitchell, Dean of Carnegie Mellon School of Computer Science, as their Chief AI Officer.
Squirrel AI Learning provides a good example of the potential problems on the horizon. Their AI+ model, already in wide use in China, leaves only about 30% of classes to be taught by live human teachers. The other 70% are taught by AI software, meaning that the educational decisions are being made by the programmers who create and manage that software. We still need to have a conversation about whether educational decisions should be made by educators or ed tech programmers, but it adds a whole new level of concern when those technicians are not actually in this country.
There is nothing inherently wrong with foreign involvement in U.S. businesses, though Americans have experienced some shock as iconic American products from beer to jeans have become the business of foreign interests. But these days it is in the very nature of business to be multi-national.
We've talked about the problems of privatizing public education, cutting it loose from the traditional democratic processes of an elected school board and handing decision-making power to a business-style operation. But what would it mean to American education to send those decision-making powers to another country entirely? If we're going to turn American public education into a business, there's no reason to assume that it would be an American business. Are we prepared to deal with that possibility when it comes to the education of our children? Perhaps a multinational education system would be great. Perhaps turning over what is essentially an arm of our government to other countries would be disastrous. Perhaps the wealthy would send their children to private American-run schools, while education for the lower classes would be outsourced. Perhaps a multinational school system could treat our multi-ethnic student population better than we do ourselves. Perhaps selling off our school system to companies in other countries would be our final mark of shame and failure. The only thing that is certain is that we are failing to discuss any of these potential implications.
Originally posted at Forbes.