FL: Guns in Schools Not Going So Well

After the murder of seventeen people at Marjorie Stoneman Douglass High in Florida, the state legislature of the gun-happy sunshine state finally considered putting some common sense restrictions   on guns and ammo in the state. No, just fake newsing you-- what they did was decide they'd better arm more people in schools, because the only solution to a bad guy with a gun is a gunfight in a building filled with children. 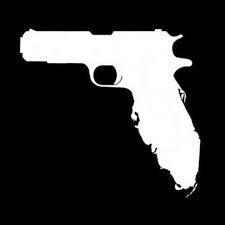 That was back last spring. Recently the Tampa Bay Times took a look at how the business of putting a "guardians" in schools was going. The short answer is "not well."

Brevard County was looking for two dozen new employees to be armed guardians. They had six months to find and train these people. Community pushback slowed down the process. They didn't make the deadline.

They weren't alone. Levy County went looking for guardians and couldn't even find people to apply at first. Their superintendent would not give the paper any numbers on applicants since then, saying "You don't want the bad guys to know whether you've got 100 or one." Sure. Okeechobee decided to join in the program, but the sheriff's office won't start training until this month. And the sheriff is not optimistic about the six-to-ten volunteers: "Out of that, I doubt we'll have that high rate of a success rate." Lafayette schools also began the year without their guardians, with a few finishing up their training this month.

Duval County has other sorts of problems. Parents, along with the Giffords Law Center to Prevent Gun Violence, the Southern Poverty Law Center, and the League of Women Voters sued the district in November to keep the "safety assistants" out of schools. It could not have helped the district's cause that one safety assistant was arrested in October for pawning his gun-- twice.

And he has not been the only problem child. A guardian in Hillsborough was showing her chemical spray to students and peppered four of them (she resigned immediately). In Manatee County, a guardian was fired when the Bradenten Herald took a look at his Facebook page and found a variety of posts about various conspiracy theories and apparent advocacy for violence.

Florida schools have the option of hiring actual trained law enforcement personnel. If they go the guardian route, they get a person with a gun who can't make arrests, but whose only function is to hang out at school and wait to have a gun battle with some active shooter. Who volunteers for that job? Because I'm betting you get some less-than-stellar law enforcement washout Rambo wannabes.

There are some districts that have had no issues so far, which basically means that so far nobody has been shot. No studies yet on what it does to the atmosphere of a school for students to know that some of their teachers are packing, or to know that the stranger hanging around the building is just there to shoot somebody, should it seem like a good idea.

But Florida is the state where all bad ideas go to spread their wings and fly. The best we can hope for here is that no serious permanent damage is done by this lousy idea.